19/05/2020 - Daniel Hoesl and Julia Niemann's documentary contrasts the lives of the citizens of Davos with the World Economic Forum, the elite gathering that takes place in their town every year

When they go into Daniel Hoesl's documentary Davos [+see also:
trailer
interview: Daniel Hoesl and Julia Niem…
film profile], which world-premiered in the international competition of the recent Visions du Réel, those acquainted with the work of the Austrian filmmaker will have certain expectations. His uncomfortably satirical treatment of the theme of capitalism in his 2016 fiction film WiNWiN [+see also:
film review
trailer
interview: Daniel Hoesl
film profile] could potentially imply an uncompromising confrontation with the neoliberal economic elite who gather at the titular Swiss town every year for the World Economic Forum (WEF). But Hoesl, working with scriptwriter and co-director Julia Niemann, surprises us by revealing a world of ordinary people: the citizens of Davos.

Switzerland is a very rich country, but not everyone is a banker or a watchmaker. Gradually, we get acquainted with people from all classes of society. From a family of farmers who are starting to realise that their milk cannot be priced competitively enough for their work to pay off, to a group of Portuguese fishermen, a couple of hunters, Kurdish and Afghan refugees in the city's transit centre, bartenders in the local discotheque, staff from Davos's daily paper, and a bunch of anarchist punks preparing to protest about the WEF, we recognise the reality of life in Davos.

The first hour of the film also includes a meeting between citizens and WEF representatives, at which one elderly gentleman expresses his doubts about the real merits of the forum. Are they really working on improving the state of the world, as their slogan says? At the other end of the spectrum, we see a scene in which members of the UK and Swiss parliaments go skiing together. This annual event includes some empty, self-congratulatory talk that foreshadows the final act: the WEF itself.

Hoesl and Niemann didn't have any more access to the forum than a regular TV crew would (see our interview), but the several scenes that they chose together with editor Gerhard Daurer give the viewer just enough of a taste of the atmosphere and the type of talks they wanted to highlight. In addition to protests outside the congress centre where the event takes place, and a surreal scene involving Ukrainian models treading the catwalk on a carpet in a small room, surrounded by cameras, the one session they selected to show us reflects their opinion. And it's JP Morgan's CEO of Asset and Wealth Management partaking in a panel with the IMF's Christine Lagarde and the heads of England's and Japan's national banks, as they talk about how cuts in taxes for corporations such as hers are actually good for everybody, as they promote the untouchable holy grail of capitalism: economic growth. For an insight into how cynical and deceptive this is, look no further than the Berlinale Forum title Oeconomia [+see also:
film review
trailer
interview: Carmen Losmann
film profile].

The striking contrast between this film and Marcus Vetter's DOK Leipzig opener The Forum [+see also:
film review
trailer
interview: Marcus Vetter
film profile] lies not only in the fact that Hoesl and Niemann wanted to show the lives of regular folks, while Vetter focused on the event itself and had unprecedented access, but also in changes in our perception. Back in October 2019, when The Forum premiered, it felt, at least to me – and I wrote this in my review of that feature – as if there was perhaps still a glimmer of hope that the WEF could move things along in a positive direction. After all, Greenpeace and Greta Thunberg had a chance to "speak truth to power", and Al Gore confronted Jair Bolsonaro... But after the COVID-19 crisis laid bare the inequality lurking in every corner of the Earth, there can be no more illusions. Hoesl and Niemann have identified and presented the issue in a fresh and creative way, and the film has come out at exactly the right time. And now, in the midst of these peculiar circumstances, it needs to find its way to audiences.

Davos is a production by Austria’s A European Film Conspiracy.

“Dialogue between the public and the world leaders doesn’t happen” 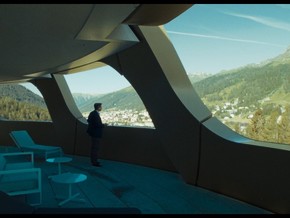 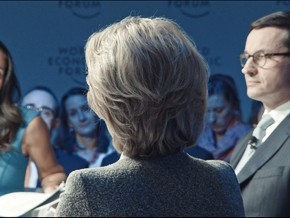 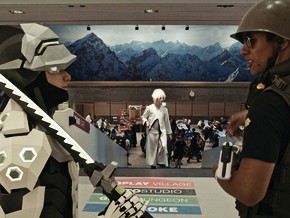 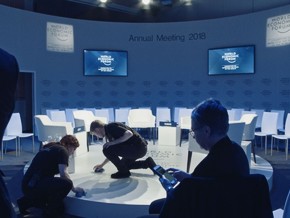 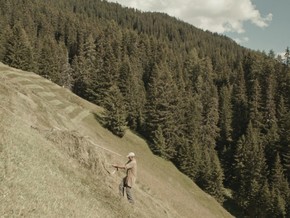