In a small village perched up high in the Atlas Mountains, the local community gets about its daily life. The women wash, tidy, cook, raise children and look after animals. The men plough and cultivate the land, nap, tend to the fields and visit cafes. Twice a day, the women go down to the river to fetch water for the village. It’s a real physical challenge which Rhalib ensures we viewers experience: as their toil reaches its zenith, it’s as if we can feel their need to take a break, draw breath and recover.

Up above, the men wait for them. The men, and Fadma. Fadma is a lot like the other women; there’s nothing to set her apart at first glance. But Fadma lives in Casablanca with her husband and daughter. She has returned to the village for her holidays. And what she’s looking for is rest; there’s no way she’ll be knuckling down to the back-breaking work carried out by her peers. Especially since she believes the men could also play a part in carrying the water, though they don’t seem too fussed about this. Better still, they could set about finding a way to divert the water directly to the village.

In the space of a few days, Fadma sows trouble in the community. The filmmaker paints the portrait of an agitator who shakes the foundations of an age-old system. Fadma speaks with the women and gets them to speak in turn. Who does what in the village? Do they help the men with their farming chores? Do they have sole responsibility for the upkeep of the home and the wellbeing of the family? And when the men nap, what do these women do? The inequality in the distribution of tasks becomes clear to them, but a dialogue will now need to be opened between the men and women of the village. Fadma takes the initiative and asks her husband, who supports her in their Casablanca setting, to back her up. But he fears the judgement of his brothers, warning her that "This isn’t Sweden."

"Women aren’t men’s equals, that’s how it is here." When dialogue fails, the women adopt a strong position: they down tools and refuse to cook, a strike which the men interpret as a declaration of war. They decide they would rather eat badly than give in, which results in a rip-roaring trade for the local cafe. But the situation can’t last forever, and, as the days pass, the men and the women begin to understand that compromises will need to be made if they’re to reach a final agreement. The final discussions take place behind closed doors. Will Fadma and her husband win out? And most importantly, what might they ask for next year?

Jawad Rhalib depicts this war of the sexes in the Atlas Mountains with acuity and humour. His heroine Fadma clearly has the gift of the gab and a way with words. She won’t be told what to do, neither by her husband, the men in the village, nor the other women who are too timid for her taste. This immersion - lasting just a few weeks - into the mysteries of a village in ferment offers up a razor-sharp view of a Moroccan society undergoing change. With a certain sense of composure, but also real determination, Fadma stands out as an emancipating heroine and agent for healthy change who, crucially, could get things moving in any community.

Fadma: Even Ants Have Wings is produced by Kristin Migeotte for R&R Productions, and co-produced by Hassan Benjelloun for Bentaqerla (Morocco).

more about: Fadma: Even Ants Have Wings

In its first session for 2022, the Film Centre has pledged its support to projects including the ambitious historical movie A Man of the World

From 15 to 22 November, the Florence International Documentary Film Festival offers 48 film in streaming, among them the world premiere of Duccio Chiarini’s L'occhio di vetro 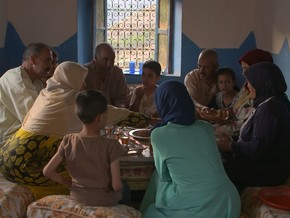 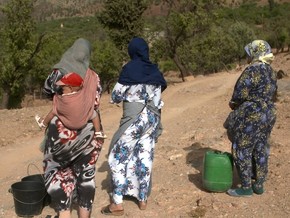 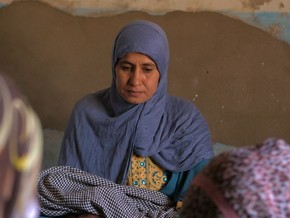 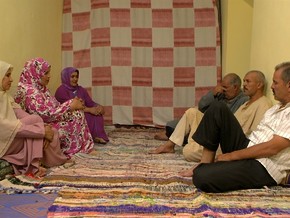 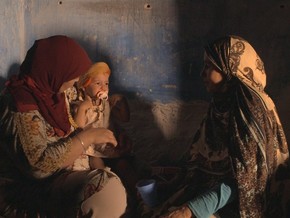