28/05/2020 - Ben Rivers and Anocha Suwichakornpong have created a playful scion of filmmaking, tourism and capitalism set against a beautiful Thai backdrop

Krabi, 2562 [+see also:
trailer
interview: Ben Rivers
film profile] is a playful hybrid documentary about tourism, capitalism and filmmaking that is coming out on Mubi on 29 May, following a hugely successful festival run, which took in Locarno, London and Toronto.

The residents of Krabi still remember how the production of the Leonardo DiCaprio vehicle The Beach came to Maya Bay on the nearby island of Phi Phi Leh to make a movie and left an environmental catastrophe in its wake. It's an ongoing event. The Maya Bay beach was closed last year because the huge number of tourists who have since visited the location have destroyed the coral reef. And yet it would be too simple to condemn tourism, because the growth in numbers has been a vital (and, in many cases, the only) source of income for residents, and tourism is actively encouraged by governments around the world. It's not just the movies of Godard and Truffaut that make France the most-visited destination on the planet.

Thailand held its first Biennale in 2018 and invited British filmmaker Ben Rivers to participate in the event in Krabi. The director of The Sky Trembles and the Earth Is Afraid and the Two Eyes Are Not Brothers [+see also:
film review
trailer
making of
film profile] (2015) decided to make a film about Krabi to mark the occasion. Given that Rivers had never visited Thailand before, he wisely called on his friend Anocha Suwichakornpong to help him. The result is an ethereal delight, with plenty of ghosts, the past and the present existing at the same time, a tourist guide with social realism and a study of capitalism thrown in as a counterbalance. It unfolds at a contemplative pace akin to being on a sunny beach, where thinking time is welcomed, and information is made up of a patchwork of thoughts and feelings.

It starts as a straightforward documentary about the region, where a worker living in poor conditions resides outside of town, far from the palatial hotels. But then those familiar with the work of Rivers will become aware of the fictional element that starts to intrude when likeable Spanish filmmaker Oliver Laxe appears playing the obnoxious director of a commercial, interested in picking up members of his crew. The Spaniard played a similar role when Rivers filmed him on the set of Laxe's Mimosas [+see also:
film review
trailer
interview: Oliver Laxe
film profile]. Then there is the mysterious woman, who has more identity changes than Don Quixote, who acts as our avatar, meeting with guides and hoteliers who give details of and glimpses into life on the island. There are also the cavemen: are they still around? Part of a film? Or has the movie ventured back millennia? By contrast, Western tourists seem such simple creatures. 2562 is the current year of the Thai Buddhist calendar – is that where the key to connecting the various threads can be found?

The hybrid film shot on Super 16 by cinematographer Leung Ming Kai (this marking the first time Rivers has used a DoP) is wonderfully quixotic. The influences are from two different cultures that co-exist without entirely merging, the spiritual giving way to the material world. The result is a beguiling, contemplative peregrination that tries to catch up with that chameleon called capitalism.

Krabi, 2562 is a UK-Thai co-production staged by Electric Eel Films and Ben Rivers Limited. Rediance is in charge of the international sales.

Ben Rivers and Anocha Suwichakornpong have created a playful scion of filmmaking, tourism and capitalism set against a beautiful Thai backdrop 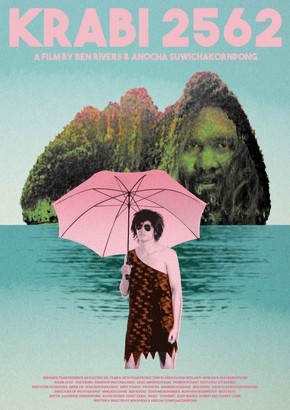 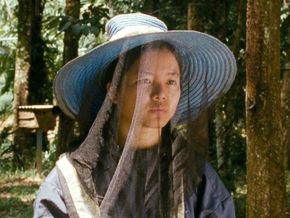 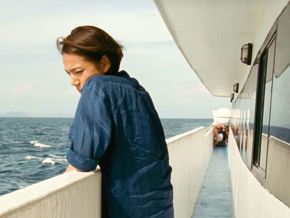 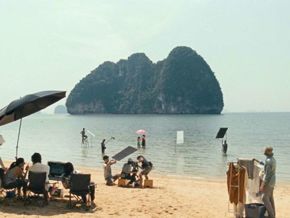 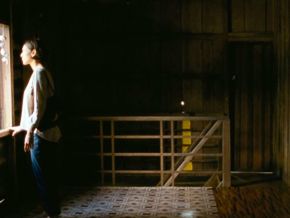 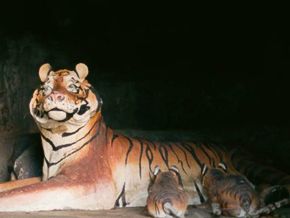 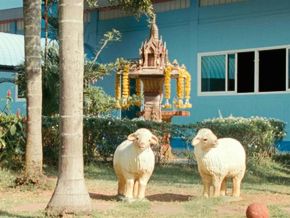 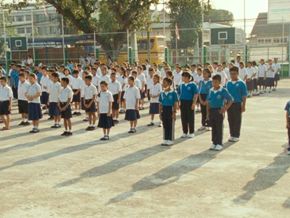