31/05/2020 - Just like Pulp’s Jarvis Cocker before him, in his new documentary Joonas Berghäll starts to wonder what it takes to be a man

Joonas Berghäll in The Happiest Man on Earth

For all the hopeful changes happening in the world, there is no denying that gender stereotypes are still very much entrenched in people’s minds. You can still “cry like a girl” or “act like a man”, preferably after “growing some balls” and refusing to “be a p***y”. And while the female side of this story is finally gaining some traction, film-wise at least, in The Happiest Man on Earth [+see also:
trailer
film profile] – now showing at the online edition of the Krakow Film Festival – Finland’s very own Joonas Berghäll makes sure that men get their voice heard as well.

It’s something that has become his speciality now, after 2010’s Steam of Life [+see also:
trailer
film profile] (co-directed with Mika Hotakainen) turned into a bit of a revelation on the festival circuit, showing tough-as-short-clipped-nails men breaking a sweat and breaking down in saunas, broken and exposed. And this film was recognised for good reason – his talent in getting them to open up like that, guys who are clearly not used to talking about anything, let alone their damned feelings, is really quite extraordinary. “I learned to drink and I learned to smoke, and I learned to tell a dirty joke, if that’s all there is then there’s no point for me,” claimed Jarvis Cocker all those years ago, as if it were an answer to their very fears. Watching them finally talk their pain away here, covering the tragic loss of their children, work struggles, custody battles or drinking problems – you name it – not to mention seeing them so vulnerable, is an interesting experience, uncomfortable even, especially for someone who grew up on such lines as “Stop blubbing! Boys don’t cry!” from Olaf Lubaszenko’s comedy Boys Don’t Cry, which dominated the Polish box office in the noughties, a command delivered dryly after a particularly violent interaction.

Does Berghäll push his message too far? Maybe. But although cries for “equal rights for men and boys” do sound peculiar in the age of #MeToo, for example, not to mention the fact that his take on the gender pay gap is bound to be controversial, at least it’s easy to see where he is coming from. Also because he actually puts himself out there as well and, a bit like Michael Moore at his warmest, seems to posses the ability to make people feel like they are talking to a friend, not a filmmaker. With Berghäll himself already burdened with enough problems and heartbreaks to share, if needed, he goes from questioning the concept of Tinder to listing his many health issues, including some he picked up in countries like Kazakhstan, or even his production company’s struggles. “Finland is the happiest country in the world. Half of the Finns are men,” it is stated in the film rather ironically, according to the results of a clearly tad too optimistic UN report, and followed with a shot of the director himself, sitting out in the freezing cold and not looking very happy at all. But at least in his world, boys do cry. And guess what? Sometimes it makes them feel better.

The Happiest Man on Earth was produced by the director and Satu Majava for Finland's Oktober Oy, with Baloa Pictures handling the distribution.

more about: The Happiest Man on Earth

Just like Pulp’s Jarvis Cocker before him, in his new documentary Joonas Berghäll starts to wonder what it takes to be a man 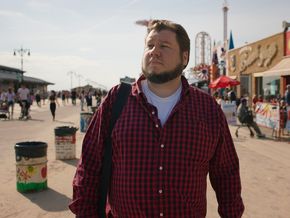 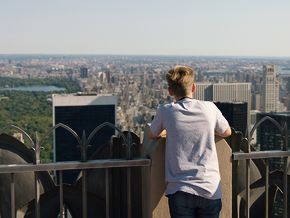 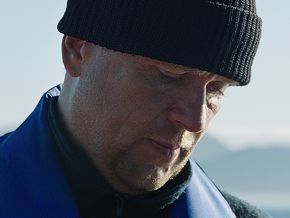 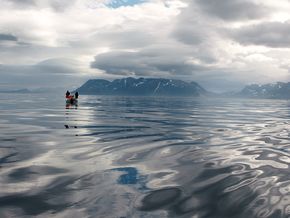