The second film by David Freyne (The Cured [+see also:
film review
trailer
film profile]), Dating Amber [+see also:
trailer
interview: Fionn O'Shea
film profile], is a twisted romcom set in Ireland in 1995, where two gay kids pretend to be in a heterosexual relationship in order to avoid their classmates making them the target of their homophobia. It's set only two years after homosexuality became legal, and the newspapers and television screens are filled with debate about the impending referendum on whether divorce should be made legal. Coming out on Amazon Prime, the film has the blessing of starring Fionn O'Shea, who has become something of a sensation following his starring turn in the BBC television phenomenon Normal People. O'Shea is the bright spark here, playing Eddie, who desperately wants to fit in. He pretends to like girls at school and is training with the cadets, as he wants to please his dad by joining the army.

The story is loosely based on Freyne's own experience while growing up in the military barracks area in Kildare. While there is definitely an aim to give his female counterpart, Amber (Lola Petticrew), an equal share of the story, it's perhaps unavoidable, given his own experience, that Freyne has more empathy with Eddie, and gives him a more complex storyline. Eddie is filled with angst and is in complete denial about his sexuality, whereas Amber is more matter-of-fact, accepting her situation and making plans to escape. The fact that she hires out her caravan home to friends wanting somewhere to have sex is one of several components that bear similarities with Netflix's Sex Education. However, where the Netflix television show plays for laughs, Dating Amber is more of a message-driven tale about the need to be oneself and not be constrained by society.

In tone, it is more reminiscent of 1990s American adolescent tales, especially in the quirky storytelling style, which is happy to be hyper-realistic and embrace surrealistic elements, especially when dishing out jokes. One particular moment of hilarity comes as the class watch a sex-education video told from the perspective of a Catholic nun. However, the tone sometimes comes across as more jerky than quirky, meaning that the film needs a good dose of goodwill from the audience if they want to overlook some of the weaker performances and the hit-and-miss pacing.

To his credit, Freyne wisely doesn't spend too much time on the couple pretending to be beards. Instead, he quickly establishes the pair as friends who understand each other's needs, revelling in the fact that they've found someone who doesn't require them to pretend to be someone else. They go out to Dublin and explore the beautiful terrain together. As with the great teen films of John Hughes, the frailties of parents are also an important component. Freyne contrasts the lives of a grieving widow with parents who have fallen out of love with each other. It doesn't matter how old you are: being true to yourself and handling love is a road filled with difficulties.

Eddie and Amber start to explore their sexuality with mixed results. Freyne suggests that this is an internal battle that is not won by simple platitudes, and maybe running away is the only solution, as dealing with our hang-ups and emotions, which may mean disappointing others, is hard.

Dating Amber was produced by Rachael O’Kane and John Keville. Benoit Rôland co-produced the film with British outfit Altitude’s Will Clarke, Andy Mayson and Mike Runagall, and Screen Ireland’s Dearbhla Regan served as executive producer. Altitude is handling the international sales and will be screening it at the Cannes Virtual Market.

BERLINALE 2021: The Irish actor talks about his work so far, what he has been offered through his career and who he would love to work with in the future

Screen Ireland announces the recipients of its latest slate of funding

The Irish film body has confirmed it is granting development, production and distribution support to over 60 audiovisual projects 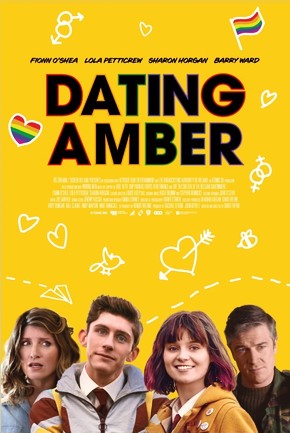 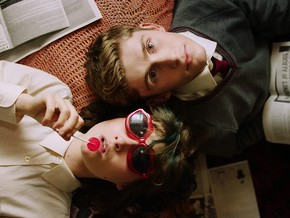 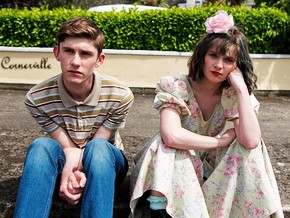