The latest film by Danish filmmaker Mira Jargil (Dreaming of a Family), Reunited [+see also:
trailer
film profile], which world-premiered at CPH:DOX and is now screening at Hot Docs, in European Film Promotion's The Changing Face of Europe section, is a rare example of a documentary in which the clarity of the storytelling and the emotion go hand in hand.

The Faras family, from Aleppo, is stranded on different continents. Having escaped Syria separately, father Mukhles ended up in Ottawa, mother Rana in Assens in Denmark, and the two sons, Nidal (17) and Jad (11), in Mersin in Turkey. Jargil follows their stories in their respective new habitats and their frequent contact via the internet, building a strong, solid story about the importance of family, the horrors of being a refugee, their struggle to find their way in the new cultures they are forced to immerse themselves in, and the fight against humiliation brought on by bureaucracy, prejudice and xenophobia, in an attempt to be reunited.

Rana has to lead the way. Having obtained a residence permit in Denmark, she has applied for family reunification, and when the film starts, she has already been waiting eight months for a response. It is a nerve-wracking situation for the once-esteemed paediatrician, who is now only able to start an internship in an Assens hospital – and is very grateful for this opportunity.

Mukhles, a former doctor for the Syrian national football team, now works in the kitchen of a restaurant in Ottawa. We see him making falafel before he proudly shows the photos of himself with the team to colleagues who seem to respect and like him, and also an image of his two sons when they were younger. It is too painful for him to look at how the boys have grown up since he last saw them.

Nidal and Jad seem to have it the hardest. They go to a school for Syrian refugees, and are bullied and ostracised on a daily basis. Jad has found a playmate, only to have the boy's mother drag him away, not allowing him to have anything to do with a Syrian. Nidal, meanwhile, had to suddenly grow up, and it is touching to see how he prepares the same dish that his mum used to make for them, and his brother commenting on the difference – but not complaining.

Rana is stuck in the grip of bureaucracy as she attempts to procure a special Danish travel document that would allow her to travel and visit her sons. And that's only the first step: she also has to get a visa from the Turkish embassy, and there are no guarantees that this would happen.

Jargil's approach is both clear-cut and emotional. The alternating storylines are used in an efficient way to display the feelings of the family members and their frustration with the situation. In Syria, they were respected and enjoyed a high social status, and as refugees, they are like anybody else – stranded, lonely, scared and troubled. The film painfully shows how elusive things we take for granted can become for reasons completely beyond our control.

But even through all of this, they keep their dignity and hope, and the film follows suit, eliciting exactly the right emotion in the viewer when it comes to a close – but it wouldn't work if it the ending was spoiled.

Reunited is a production by Copenhagen-based Moving Documentary Aps, and Austria's Autlook Filmsales has the international rights. 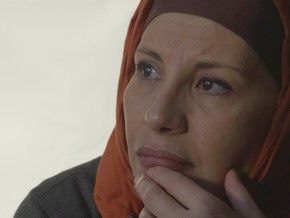 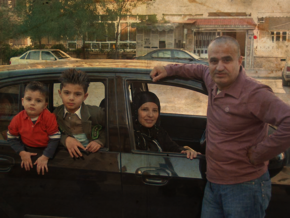