Review: Only the Devil Lives Without Hope

16/06/2020 - Magnus Gertten's latest film explores a political story in Uzbekistan with shades of a spy thriller, settling somewhere on the border between arthouse and investigative documentary

Swedish filmmaker Magnus Gertten returns to the former Soviet republic of Uzbekistan in Central Asia after his 2009 documentary Long Distance Love with his latest film, Only the Devil Lives Without Hope [+see also:
trailer
interview: Magnus Gertten
film profile]. Investigating the case of a political prisoner through the experiences of the man's activist sister, the picture world-premiered at CPH:DOX and is currently screening at Hot Docs.

The hero of the film is Dilya Erkinzoda, the sister of Iskandar Khudayberganov, who was arrested in 2002 on charges of terrorism after an anonymous attack on government buildings in Tashkent in 1999. Iskandar was sentenced to death by the regime of then-dictator Islam Karimov, who set up a violently secular system to counter the region’s image as a hotbed of terrorism. As Dilya says, "If you went to a mosque, you were considered an extremist."

After the death penalty was abolished, Iskandar ended up in the most heavily guarded section of the notorious Jaslyk prison, in the middle of nowhere, where most political prisoners were kept – and tortured. Dilya was only 20 when he was jailed, and this sent her down the path of political activism, which in turn endangered her and her family, so in 2008, they got asylum in Sweden and moved there.

The film includes testimonies from other activists and journalists who suffered at the hands of the regime, and all of them, including an opposition leader living under strict protection in Istanbul, had to move out of their country. Karimov’s intelligence officers are everywhere, and it is clearly not enough for dissidents to move abroad in order to stay safe, but Dilya’s story takes on a particularly ominous dimension as the danger follows her deep into her private life.

Although Dilya had no word from Iskandar in over nine years, she held on to her hope and pushed ahead. The title of the film comes from an Uzbek saying that she repeats a couple of times, and a message from prison that her brother was alive kept her strong. With her perseverance and stubborness, Dilya makes for a strong protagonist whom a viewer can easily get attached to.

Although the set-up is thriller-like, the mood of the film is more atmospheric and melancholic than suspenseful, settling somewhere on the border between investigative and arthouse documentary. There are many images of snow, both when Dilya is filmed in Sweden and when we watch the testimony of an Uzbek journalist in exile in Kazakhstan. These are counterpointed with distant shots of the Jaslyk prison in the middle of the desert, and in a couple of scenes, Gertten films the sun through tree branches, with a shadow that gives it a sort of black halo. The archive footage from the 2000s is of VHS quality, and this fuzzy, bleached type of picture fits the idea of the elusiveness of feelings and memory – and, more specifically, of certain people's identity and intentions. Ola Kvernberg's score, tinged with a traditional Central Asian vibe and making use of instruments from the region, ranges from melancholy to epic, and is used amply without getting overbearing.

Only the Devil Lives Without Hope is a co-production by Sweden's Auto Images AB and Film i Skåne, and Norway's UpNorth Film, with the participation of Swedish national broadcaster SVT. Malmö-based Auto Images has the international rights.

more about: Only the Devil Lives Without Hope

Interview: Magnus Gertten • Director of Only the Devil Lives Without Hope

“In the region where the film is set, the hope lies with the women”

We talked to Magnus Gertten, the director of Only the Devil Lives Without Hope, a film that could have been penned by John le Carré himself

Review: Only the Devil Lives Without Hope

Magnus Gertten's latest film explores a political story in Uzbekistan with shades of a spy thriller, settling somewhere on the border between arthouse and investigative documentary

The two organisations will earmark about €4.5 million to support the local audiovisual industry 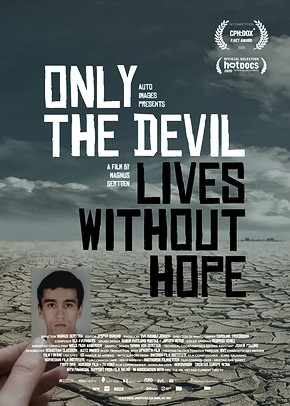 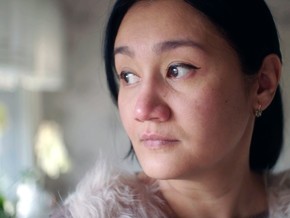 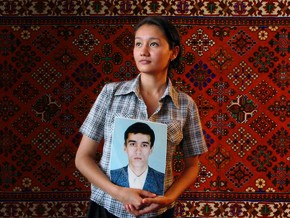