18/06/2020 - Mikk Mägi and Oskar Lehemaa’s explosive Estonian film is the animation that the minds behind the “Got Milk?” campaign never saw coming

Shown in the Feature Films - Contrechamp Competition at the Annecy International Animated Film Festival (now unspooling online), following its domestic premiere in September, Mikk Mägi and Oskar Lehemaa’s Esonian animation Old Man - The Movie [+see also:
trailer
film profile] is that rare kind of film that starts off weird, only to somehow get even weirder as time progresses. “It’s a crazy adventure-comedy about a stubborn old man who tries to find his escaped cow before, you know, it explodes,” Lehemaa told Cineuropa a while ago (see the news), and he certainly meant every word, while also neglecting to mention a number of pranks that make the Ace Ventura-squeezing-out-of-a-rhino scene pale in comparison – plus the characters’ worrying tendency to break wind at just about every opportunity they get. Flatulent cows are always getting the blame nowadays, yet frankly, they have nothing on this film – a serious contributor to the emissions that threaten our planet’s very climate.

While the “three city kids shipped off to spend the summer with their grandfather in the countryside” concept seems innocent enough, even though they see their smartphones fed to the (predictably gassy) pigs, in no time they are surrounded by drunks, sleeping off their hangovers in the bushes, grumpy unemployed people and distractingly bouncy bosoms. It’s all recreated lovingly in stop-motion, but beware – even the film’s sheep have nothing in common with Aardman’s cute creations, and judging by their general demeanour, these quadrupeds would most likely nail poor Shaun the Sheep to the barn wall. In short, Mossy Bottom it ain’t. And that’s even before the appearance of the “Old Milker”, the film’s wheelchair-bound villain engrossed in his own cow-related vendetta. As the mentions of “squirting milk” multiply by the minute, nausea builds up alongside the sense of entertainment, occasionally taking over, as “I sweat sour cream” is certainly a line to be taken on an empty stomach.

Based on the character that became an internet sensation in its home country – setting YouTube alight thanks to short films showing, for example, why kids should never take a post-sauna dip in the ice hole – it doesn’t come as any surprise that the plot feels dramatically overstretched, as do these poor, poor mammary glands. But in between all of the nastiness and cacophonous farting, there is a merry sense of anarchy to Old Man - The Movie, one that some viewers might actually enjoy a great deal – and if they happen to suffer from a slight hearing impairment, so much the better. Is it all too much? Hell, yeah – to the extent that at one point, even the characters have to look away. But show us another animation that welcomes you to the bear. Literally.

Written by Mikk Mägi and Oskar Lehemaa, Old Man – The Movie was produced by Erik Heinsalu and Veiko Esken for Estonia’s Apollo Film Productions and Bop! Animation. It was co-produced by Tanel Tatter.

more about: Old Man - The Movie

Mikk Mägi and Oskar Lehemaa’s explosive Estonian film is the animation that the minds behind the “Got Milk?” campaign never saw coming

2019 was another successful year for Estonian productions, with increased box-office returns, while Truth and Justice has proven to be the most-watched film since Estonia’s independence 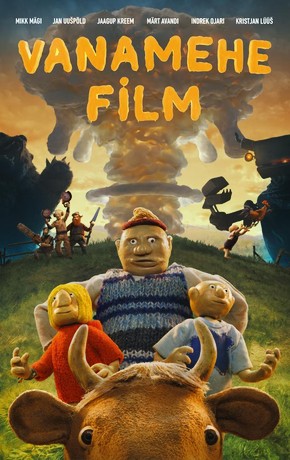 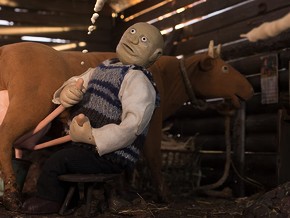 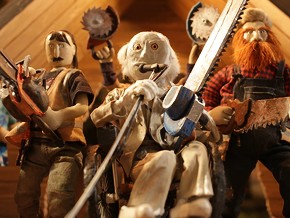 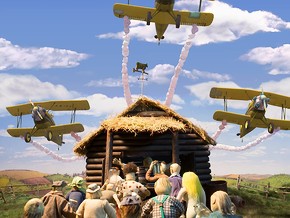