23/06/2020 - CANNES 2020: In his delicious sophomore film, now granted the Cannes label, Magnus von Horn encourages everyone to go for the burn

“Go for the burn! Sweat!” used to instruct Jane Fonda in her legendary workout videos, and now the time has come to pass the slightly slippery baton. But the athleisure-clad protagonist of Magnus von Horn’s Sweat [+see also:
trailer
interview: Magnus von Horn
film profile] – which made its way into the Cannes Official Selection despite, ahem, no festival actually taking place, owing to the pandemic – is not just about targeting stubborn fat. Sylwia (Magdalena Koleśnik in her first leading role in a feature, which is a travesty, as she is just fantastic) might be a fitness motivator, yes, and a popular one at that, but her fans tune in for more than just exercise. And she knows it only too well.

This Polish-Swedish co-production could have easily taken its pick as far as real-life inspirations are concerned, as there is no shortage of fitness gurus around, dispensing life lessons as often as they do squats. It’s a fascinating, contradictory relationship that encourages you to “accept yourself” yet do better, with calming tones of “I feel it, too” accompanying the punishing routine and perspiring crowds mirroring every move of their exceptionally bouncy messiah.

But rather than showing yet another aspiring “trainer of all Poles”, as one of them has been triumphantly christened, von Horn, just like all kids today, seems more interested in social media than sports – the intimacy of it all, the ideal posting frequency, the interaction that’s deeper than any “real” friendship, or at least appearing as such. It’s refreshing to see a film that, instead of engaging in some easy social media bashing, just coolly observes it all, much like one of Sylwia’s many, many followers, making it seem like what it ultimately is: a job, a full-time gig, actually, with Sylwia posting every other minute and still making it look as natural as climbing the stairs, which predictably ends up on some Instagram Story as well, teasing the kind of access and emotional connection that’s as addictive as it is confusing. At least to her wannabe stalker, parked outside her house.

Whether what she is selling here is real or fake, well, that’s to be determined, but watching her trying to figure it out is an uncomfortable delight – finding a way to be open, yet not too open, not to scare away any potential collaborators or freak out the fans. So is it about honesty online? That’s debatable, as imperfections and nervous breakdowns have now become a social media currency of their own – it’s better to have #nomakeup and #nofilter than one too many. And while the “she’s so lucky, she’s a star, but she cry, cry, cries” concept has already been tackled to death, even by Britney Spears in the good old days of the 2000s, Koleśnik is a pure pleasure to shadow: a Roxette-belting, shaken-up Barbie on a strict lunchbox diet. She’s either trying to find herself or find her “brand”, and frankly, you might just never know. Until you hit that follow button, that is.

“We all want a platform to express ourselves”

A double win for Pleasure at Slovakia’s Art Film Fest

The film by the newcomer Georgian director was unanimously victorious, with Special Mentions going to Exile, My Morning Laughter and So She Doesn’t Live, and Cineuropa singling out Sweat

The movie comes on the heels of the Polish director’s short Time to Go, which competed for the Cannes Short Film Palme d’Or in 2017 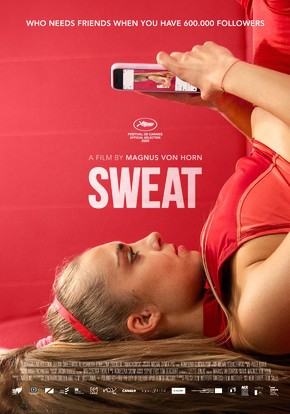 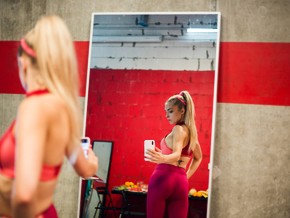