23/06/2020 - CANNES 2020: Charlène Favier plunges with force into the crucible of the quest for sporting excellence of a teenager, played by Noée Abita, who falls under her trainer’s spell

“Maybe he’s only interested in me because I’m winning races, but it’s the first time anybody is interested in me. I like that. I don’t care about the rest.” Today, the demands of high performance sport very quickly throw young people with potential into a spiral of pre-professionalisation that is dangerously precocious, at an age between childhood and adulthood where one lacks guidance and can be easily manipulated by dreams of glory and strong emotions. In that zone gravitate trainers who become almost guru-like, some of them amplifying their influence without hesitation, going so far as to sexually abuse the young athletes under their care, as the news have sadly confirmed several times in the past few years and across various sports. This is the topic explored in fiction by Slalom [+see also:
trailer
interview: Charlène Favier
film profile], the feature debut from French director Charlène Favier, recipient of the Cannes 73 Official Selection label and unveiled at the Marché du Film Online.

“No one will give you an easy ride here.” Aged 15-years-old and only 1m60 tall, Lyz (Noée Abita) has been selected in the ski-studies section of the Bourg-Saint-Maurice high school and joins a small team trained by Fred (Jérémie Renier), a very ambitious trainer (“we have to give our all, to surpass ourselves, to not be scared, our goal is the Olympics”) with uncompromising speeches (“the more he breaks you, the more you listen to him and the better you become”). Training sessions on ski slopes, in the swimming pool, on the running track, but also electro-bodybuilding, food supplements for muscle gain, performance analysis on video replay, ski waxing: Lyz gives everything for her passion and victory soon comes her way, even a title of French champion. But the more the young woman wins, in her relative solitude (her mother has found a job in Marseille and her father lives far away), the higher the pressure rises and the more Fred focuses on her and her intimacy (“we have to schedule your training following your menstrual cycle”). And one evening, drunk with success, the trainer crosses a forbidden line, a first sexual assault which profoundly disturbs Lyz, already confused between her adolescent desire to be loved and her position as the victim of a manipulative pervert who will proceed to go even further…

One of the major assets of Slalom is no doubt the originality and the great credibility of the script written by Charlène Favier and Marie Talon, its detailed immersion into the champion factory feeling very realistic (the sacrifice of a “normal” youth, the violence done to the body to make it stronger, the competitive relationships, skiing at the closest possible limit to a fall where body and speed become one, the logos, the sponsors, the latent rivalries between clubs and the Federation, etc.). On top of that we find the chilling tale of the mechanisms of the abuser’s grip, a toxic rotation between harshness and kindness which the ambiguous Jérémie Renier interprets perfectly, alongside the excellent Noée Abita who paints a very just portrait of a teenager snapped up by darkness while chasing her dreams of success, and who needs to find a way to escape her master-predator.

Produced by Mille et une Productions, Slalom will be released in France on 11 November by Jour2Fête and is sold internationally by The Party Film Sales.

"Speech had to be liberated" 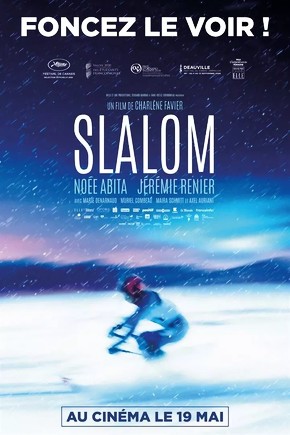 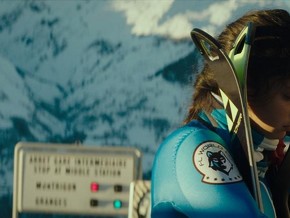 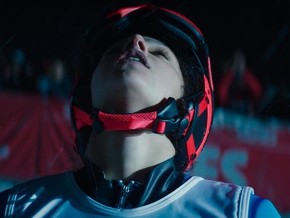 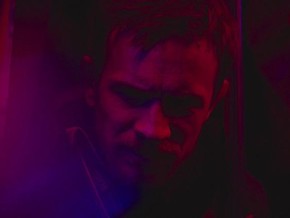 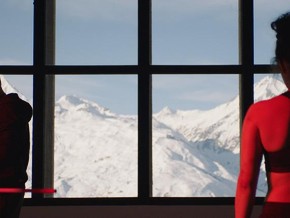 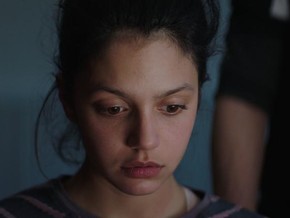 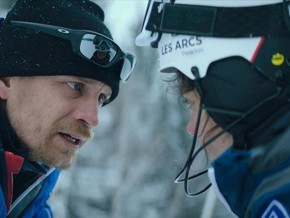