26/06/2020 - Swiss director Robin Harsch’s work opens a door onto another world, that of three youngsters in transition, which deserves to be placed in the spotlight

A year on from his first feature film Biceps, Robin Harsch has stepped back behind the camera to film three transgender youngsters in the midst of their transition. The result is Under the Skin [+see also:
trailer
film profile], a powerful and necessary film which lends a voice (and physical form) to those who too often find themselves relegated to the shadows. Selected for Geneva’s FIFDH, Biarritz’s FIPADOC and the DOK Leipzig Film Festival, the movie was released in Swiss cinemas yesterday via Aardvark Film Emporium.

Known for his acting performances, and specifically the iconic part he played in Lionel Baier’s work Another Man [+see also:
film review
trailer
interview: Lionel Baier
film profile], Robin Harsch has once again taken up position behind the camera to film a world which he confesses to knowing nothing about: that of transgender people. Despite an initial and understandable degree of reticence, Harsch wins the trust of the Genevan association Le Refuge which welcomes trans people, follows their progress and listens to and advises them and their families with kindness and empathy. Over the course of two years, the young Swiss director follows three youths - Soän, Effie Alexandra and Logan – along the road towards transition and the conquest of an identity which is already theirs, hampered by being born with a body which feels alien to them. With courage and sensitivity, Under the Skin tackles gender issues while allowing those directly affected by these matters to express their truth, to express the strength and courage it takes to be themselves, faced with the oppressive heft of a heteronormative society which thinks exclusively in sterile, binary terms. In Under the Skin, Robin Harsch adopts a head-on and deeply intimate approach to tackling the all too rarely evoked topic of transidentity, of falling outside of binary categories. Respectfully and poetically, the film documents three beings’ journeys towards the unknown to find themselves, a necessary transition to lay claim to an identity which has always been theirs.

“The film was devised so that everyone could put themselves in the shoes of the people who met Logan, Söan, Effie Alexandra. I put all of my binary education and culture to one side, made easier by these youngsters’ and their parents’ authenticity”, Robin Harsh affirms with unquestionable candour and sincerity, as if looking to underline the additional, crucial role the film played in tackling and deconstructing his own universe and the (often unconscious) prejudices which inhabit day to day life, based as it is on illusory and grotesque socially constructed ideas of “femininity” and “masculinity”.

Thanks to Under the Skin, we come to realise the beauty of multiplicity, the power and the splendour of difference when it’s considered to be a quality and no longer a defect. The courage and determination shown by Logan, Söan and Effie Alexandra encourages us to hope and believe in a society where all of the finer nuances of humanity can be expressed and enjoyed without sterile and dangerous prejudices. In this latest film of his, Harsch breaks with the perilous and reductive myth of transsexuality seen as the mere mechanical act of a sex change. The journey embarked upon by Under the Skin’s three protagonists clearly runs deeper and is far more complex, ultimately reuniting them with an identity which has always been theirs, and seeing them assert themselves in society for who they really are, despite the prejudices and brutal looks showing fear transformed into violence. Under the Skin is a necessary film, powerful yet intimate, which sees us hoping for a better world lit up in rainbow colours; a world of infinite possibilities where we can express our individual identities with pride. As RuPaul says, “we’re born naked, all the rest is drag”.

more about: Under the Skin 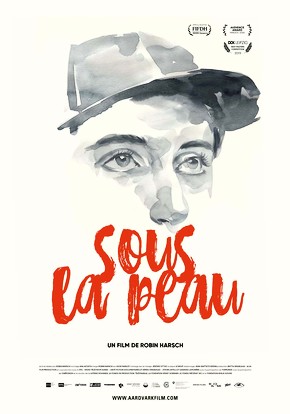 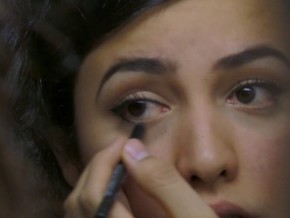 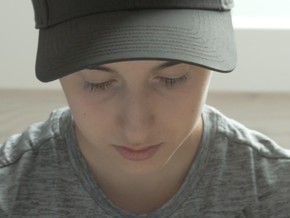