02/07/2020 - Starting off in Seville and ending up in the Moroccan desert, this road movie heads south, steering clear of sentimental short cuts to remind us that we should live every single moment to the full

If Thelma & Louise were from Andalusia, they’d be called Eva and Mar, and they’d no doubt be sneaked aboard a vehicle owned by another friend, Carmen. These three women are the main characters in La lista de los deseos [+see also:
trailer
film profile], the new film by Álvaro Díaz Lorenzo, a Málaga-born director who has managed to make a passable movie, after the barely entertaining Los Japón [+see also:
trailer
film profile]. In the latter film, the protagonists were played by Dani Rovira and María León, and the Seville-born actress has once again hopped on this comedy-drama wagon, taking two more female thesps along for the ride: Victoria Abril, whose prior intensity seems to have dried up here, and the superb Silvia Alonso, who demonstrates that other actresses of her generation are soon going to have to make room for her on the podium.

The three protagonists leave the city of Seville and head south in search of a way to fulfil a string of unrealised dreams and settle the odd debt with the past. Time does not stand still, and the urge to live life to the full must be seized with both hands – that’s why there’s nothing for it but to head for Cádiz, one of the last European paradises that this film advertises excessively, much to the annoyance of its fans (this writer being one of them), who fear that so much promotion will see it choked up with tourists and that its special, natural charm will eventually fade away.

But let’s not be pessimists, as La lista de los deseos opts for the opposite end of the spectrum and is imbued with high spirits. Yes, this film does contain a certain amount of drama, just as much as is necessary to spur on the action and drive its characters forward, but soon enough, luminance prevails alongside some slick, believable and entertaining dialogue, a host of slightly madcap situations – just as zany as the three roaming protagonists – and some supporting characters that are in exactly the same league as them, as demonstrated by the brief but important appearances by Paco Tous and Salva Reina.

No, La lista de los deseos is not a festival film (even though it had been due to premiere at the Málaga Film Festival, which has now been postponed until late August), nor can it boast sophisticated or daring mise-en-scène, by any stretch of the imagination, but it does take pride in its elusory and optimistic nature, as well as allowing us to travel without even budging from our cinema seats – and that is a very welcome sensation after months of mandatory and very responsible quarantine. As a result, after watching it, it will be difficult for the viewer to resist the urge to rush off down south in search of that freedom we have been yearning for… And once there, we can really let off steam, but without necessarily jumping off a cliff in Los Caños de Meca, for example.

La lista de los deseos was produced by Spal Films for AIE and A Contracorriente Films, which will be distributing it from 3 July. In addition, it boasted the involvement of TVE, Movistar+ and Canal Sur. Its international sales are handled by Latido Films.

Currently filming in Seville, the project is being produced by La Claqueta and Pecado Films and stars María León, Salva Reina, Rubén Fulgencio and Pedro Casablanc

Starting off in Seville and ending up in the Moroccan desert, this road movie heads south, steering clear of sentimental short cuts to remind us that we should live every single moment to the full 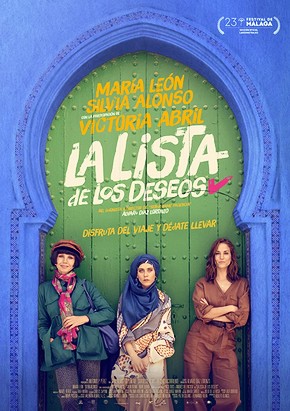 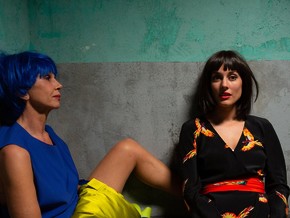 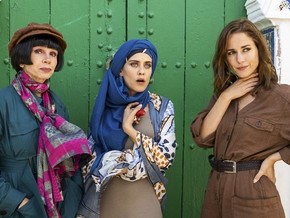 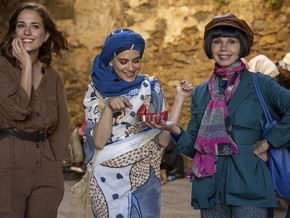