Milo Taboada and Nerea Barros in The Island of Lies

The feature debut by Paula Cons, The Island of Lies [+see also:
trailer
film profile], is presently taking part in the 23rd edition of the Shanghai International Film Festival (SIFF), within its Golden Globet Award section. Starring Nerea Barros, Dario Grandinetti, Aitor Luna, Victoria Teijeiro, Leyre Berrocal and Ana Oca, the movie is based on the events surrounding the sinking of the Santa Isabel ship off the coast of the island of Sálvora (Pontevedra), in 1921. A journalist set about investigating this dark tragedy, consequently uncovering a devious political and social web of corruption and abuse.

With a screenplay written by the director and Luis Marías, The Island of Lies unfolds in a setting that is a world apart from the continent, where time seems to be standing still and where the sea is the only thing governing the evolution of its inhabitants. At a time when there are barely any men left on this land lapped by waves from all sides, as they have had to go off in search of work, a vessel bound for Buenos Aires is shipwrecked on its harsh and rocky coastline.

Despite her economy of means – making good use of off-camera action, darkness and sounds in lieu of digital pyrotechnics, which are not always believable on screen, as we have seen in countless features with a more commercial flavour – it’s a truly terrible night that Cons portrays here with flair and a touch of horror. It is a night that will change not only the destiny of the island, but also that of three women who managed to save almost 50 people. Here, Grandinetti – who seems to be spending more time on islands than on the mainland lately, as proven by his turn in the series Hierro – plays a clever, suspicious and savvy journalist, who has no qualms about rummaging around in the dirt to unearth the hidden truth behind a truly suspect disaster.

It’s here, in the investigation and the siege that looms over the leading women, where The Island of Lies – which was shot in dramatic but bleakly beautiful settings – is at its best, and these are the moments that end up turning this feature debut into an unerring critique of an unjust, abusive and horribly chauvinistic society. That is why it would not be surprising if people started dubbing it the Galician The Holy Innocents.

The Island of Lies is a co-production between Galician outfit Agallas Films, Basque firm Historias del Tío Luis, Argentina’s Aleph Cine and Portugal’s Take 2000. Its national distribution and international sales are handled by Filmax. It is released on the Filmin platform on Friday 24 July.

more about: The Island of Lies 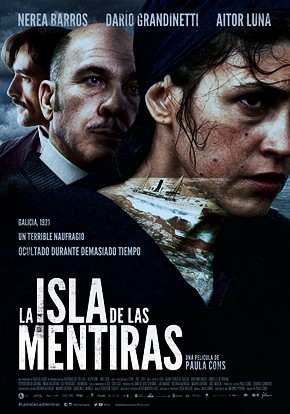 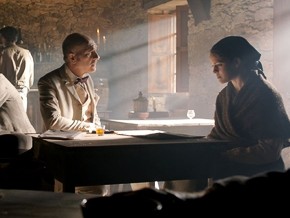 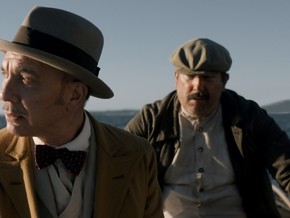 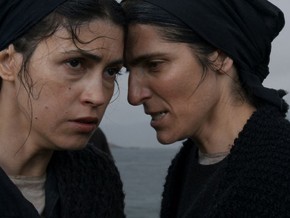