Sidse Babett Knudsen in The Exception

Such is the presence of Sidse Babett Knudsen that, even with her hair dyed blond, she fills the screen with intensity, truth and emotion on first sight. And if we add three more faces of comparable impact to the mix, the result in terms of performance might prove simply irresistible. This is the case for The Exception [+see also:
trailer
film profile], a psychological thriller directed by Jesper W Nielsen which forms part of the rousing programme organised by Atlantida Film Fest 2020.

The four women in question find themselves at the centre of a story revolving around the concept of evil, with all its ramifications and extensions. Peppered with photographs and literary quotes reminding us of historical genocides and macabre acts, the film unfolds within a political context. Specifically, it focuses on a centre in Copenhagen investigating crimes against humanity and human rights. But, much along the lines of an unrelenting virus, this evil which our heroines are attempting to analyse actually ends up infecting them - the very women who are supposed to be fighting the sadists responsible for all the pain caused to others.

All it takes is a threatening, anonymous message to reawaken the ghosts of the past, to reopen old wounds and to revive long-standing traumas. Fear knows no bounds and ultimately transforms these women, making them distrustful of anyone entering into their workspace. In the end, the very wrongdoing they are fighting against turns into something incredibly humdrum, normalised almost. Because evil (as countless historians, psychologists and investigators have previously stressed) is contagious, to say the very least.

Consequently, The Exception (based upon the best-selling novel by Christian Jungersen) becomes a film filled with paranoia and conspiratorial undertones, a work steeped in stylish cinematography which starts out asking questions about violent acts and ends up affirming that human behaviour, in all its complexity, doesn’t follow a set mathematical formula. Its convincing actors clearly prove this, and the four lead actresses lend the work its all-important psychological nuances, resulting in a story that’s full of tension, but which succumbs, every now and again, to the temptation of shocking the audience, a wholly unnecessary effect in this instance.

The Exception was produced by Danish outfit Fridthjof Film with the backing of the Danish Film Institute, the Danish broadcasting corporation DR, the West Danish Film Fund, Creative Europe MEDIA and the Nordisk Film & TV Fund. The title is distributed by SF Studios Denmark [+see also:
trailer
film profile], with international sales in the hands of LevelK. The film can be viewed in the line-up of the 10th Atlantida Film Fest (via the Filmin platform) between 27 July and 27 August.

more about: The Exception

The Academy Award, Golden Globe and two-time Palme d’Or winner is preparing a drama based on one of the last works of Karen Blixen

Thriller series Max Anger – With One Eye Open in the works

In these difficult times, Thomas Vinterberg’s film has achieved a remarkable result, enjoying the best opening weekend for a local film in the drama genre in seven years and selling 102,366 tickets 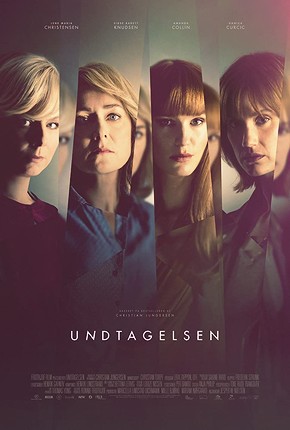