18/08/2020 - A rather taxing viewing experience, Ruxandra Ghiţescu’s first feature centres on a teenager confronted with trauma

Suicide, teenage angst and generation gap are among the main themes of Romanian director Ruxandra Ghiţescu’s debut feature Otto the Barbarian [+see also:
interview: Ruxandra Ghiţescu
film profile], which is now being shown in the main competition of the Sarajevo Film Festival. A rather taxing viewing experience, the film convincingly explores the way a teenager can or cannot cope with trauma.

The screenplay, written by Ghiţescu, follows the titular character (Marc Titieni), a 17-year-old punk whose life is in shambles following the suicide of his girlfriend, Laura. The tragedy simply makes it impossible for Otto to synchronize with those around him, who find Laura’s disappearance traumatic but not life-shattering. Viewers can feel the abyss separating Otto from the others from the very first scene, when two social workers come to his home in order to investigate Laura’s death. There is such a contrast between their almost indifferent questions and Otto’s reluctant, vague answers that the audience quickly understands the nightmare the hero has to live through.

Otto the Barbarian succeeds in showing how difficult it is to cope with such a tragedy. When his world seems to have ended, how can Otto still satisfy the expectations of those around him? Completely engrossed in his sorrow, we see him editing old videos of Laura (an excellent Ioana Bugarin), clearly trying to resurrect her somehow, to let her live one more second, not ready to let her go. Otto is unable to tell anyone how he is feeling. With her absence so important to the story, Laura is an amazingly compelling character, from her ominous line “Wanna see a trick?” to the slow discovery of her troubled personality.

Through various interactions, we slowly discover the new Otto, in contrast with the old one glimpsed in Laura’s videos. Here is an excellent space for Ghiţescu to show how fluid and impermanent the personality of a teenager can be. We see Otto fighting with his father (Adrian Titieni, the main actor’s real-life father) over his future, taking care of his ill grandfather, trying to comfort Laura’s mother (Ioana Flora), or building a rather strange and improbable relationship with the social worker (Iulian Postelnicu) investigating Laura’s death. In the midst of all these interactions, Otto’s inability to cope becomes obvious, while Marc Titieni engagingly expresses his character’s anger, confusion, guilt and rebelliousness.

It would be interesting to see the reaction of young Romanian cinemagoers to this film, which was obviously designed to cater to their needs. If while watching the film a parent viewer will feel the desperate need to make sure their children are alright, mentally and physically, youngsters will have the opportunity to understand that some of Otto’s tools to cope, from aggressiveness to alcohol and drug use, might not be the best methods to move on.

Unfortunately, Otto the Barbarian soon becomes rather repetitive. Although we understand that time is used by Ghiţescu to create a symbolic prison, a slab of concrete trapping the young man in his sorrow, his various anodyne activities soon stop telling us anything new about the character and a tighter editing would have worked better both for the film and the audience.

Otto the Barbarian was produced by Alien Film (Romania) and co-produced by Polar Bear (Belgium). The film is being handled by UK world sales company Reason8.

more about: Otto the Barbarian

Romanian director Ruxandra Ghiţescu tells us about her film Otto the Barbarian, centred on a 17-year-old punk whose girlfriend has just committed suicide

A rather taxing viewing experience, Ruxandra Ghiţescu’s first feature centres on a teenager confronted with trauma

Ruxandra Ghiţescu in development with her first feature, Otto the Barbarian 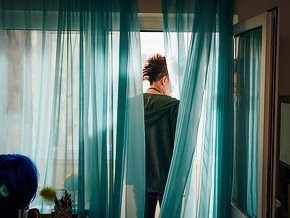 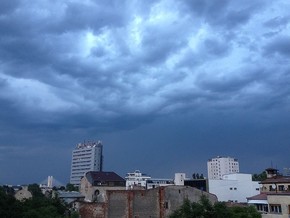 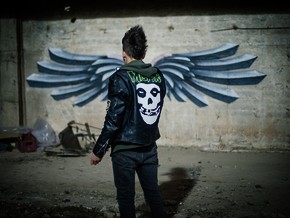