28/08/2020 - Leave it to Radu Jude to lead one of the oddest investigations in recent memory, based on Gianina Cărbunariu’s play

Recently shown at the Sarajevo Film Festival following a premiere at the Berlinale earlier this year, Radu Jude’s Uppercase Print [+see also:
trailer
film profile] – described as a “docudrama” pretty much everywhere you look – makes a point already in its very first scenes. Three television actors are yelling out that “when we speak of Romania’s worth, Ceaușescu is in our souls!” but when it is time for the second take, silence falls: there is no text on the teleprompter, and when you speak of Romania’s worth, it is better not to improvise.

The film, based on a play itself based on secret police files from the so-called “Fence” case of 1981 – when a disillusioned kid named Mugur Călinescu (Şerban Lazarovici) wrote protest messages against the regime on the walls – is the kind of work that makes critics go gaga. Complex, smart and brutally overlong, it quickly turns into the weirdest investigation in recent memory. The Secret Police goes after the mysterious author armed with little more than samples of his handwriting, urging citizens to “say a firm NO to the situation developing in our country” before comparing it to the one in Poland. Soon enough, with the help of their experts and informants, they find the culprit. He is 16 years old.

That Jude is one of the most interesting Romanian directors is now a given, and not simply because he went from Aferim! [+see also:
film review
trailer
interview: Radu Jude
film profile] straight to Scarred Hearts [+see also:
film review
trailer
interview: Radu Jude
film profile], thus proving that, at this point, he can do anything. Always willing to take another look at the past, especially the one that others would rather safely store away, he doesn’t even attempt to obscure this story’s theatrical roots. His actors stand on a modest stage, delivering line after line as written in the files, and as indifferently as possible, which actually makes the spectator lean in to better listen. Such matter-of-fact descriptions of someone’s life being slowly ripped to shreds send chills to the spine, as do observations like “the mother cries” delivered with a poker face. But this performance style is only one element that makes Uppercase Print so effective. The editing by Cătălin Cristuțiu contributes to the effect, as he inserts numerous scenes from the National Television archive, covering everything from enthusiastic reports on carpet-beatings now taking place on rooftops, to moussaka recipes and even an unexpected brawl between two kids dancing in front of the camera.

Jude’s “method” is intense and does overstay its welcome after a while. Ultimately, however, his film remains a much more immersive take on a certain time and its contradictions than many prestige, emotionally charged dramas could possibly offer. And although clichés could be spitted out about it being “a portrayal of a whole era shown through one individual,” this approach here is for the most part effective. Even in the lines delivered straight-to-camera with no emotion showing on the actors’ faces, the feeling is still there, and the process of breaking a young idealist, recounted in detail, is predictably hard to stomach. “They will follow you even 10 years from now,” says the actor, repeating the words of Călinescu’s father, and yet all you see on TV is, for instance, an interview about the benefits of daily exercise. Expect emotional dysregulation and dissociation for the years that follow. 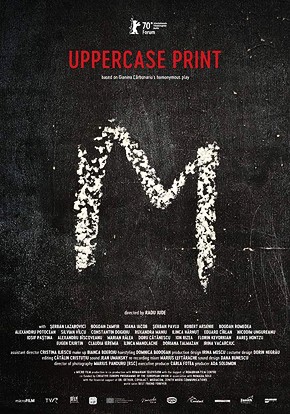 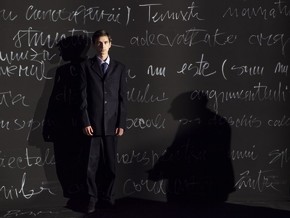 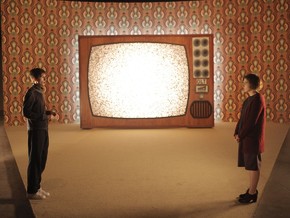 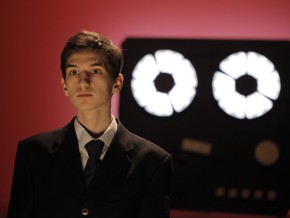 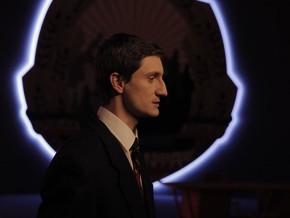