31/08/2020 - David Matamoros and Ángeles Hernández make their directorial debut with this drama about isolation, unpaid debts and failed lives

Isaac [+see also:
trailer
interview: Ángeles Hernández and David…
film profile] is the debut film from directing duo David Matamoros and Ángeles Hernández, who, until now, were known for their roles as producers. The film was screened last weekend in the Málaga Premiere section of the 23rd Málaga Film Festival. It also recently closed the 2020 edition of the Atlàntida Film Festival, which you were able to follow on the digital platform Filmin.

Based on a script written by the directors and Antonio Hernández Centeno (on whose play, El día que nació Isaac, the film is based), the film employs two different timelines to depict clashing characters who are both full of tricks. The film tells the story of childhood friends: Nacho (played by Pepe Ocio, who played another questionable character in Like Foam [+see also:
film review
trailer
film profile]) and Denis (Iván Sánchez). One of these men is serious and upper class; the other, a freeloading bohemian.

After years of distance and silence, they meet in a café and seemingly regain those distant ties of trust, affection and complicity. Denis, who needs money for a business venture, doesn’t hesitate in asking Nacho for a loan. From there begins a game of mutual dependencies in which the two men’s partners – Marta (María Ribera, as disconcerting and magnificent as in Distances [+see also:
film review
trailer
interview: Elena Trapé
film profile]) and Carmen (Erika Bleda) – are both implicated.  And if this four-way collaboration was not complex enough, loose ends, social pressures, ambition, repressed desires and the guilt that has been weighing on the two men for many years further complicate this tense and heavy-going story of “polyamory”.

With Isaac, the directors have created a sophisticated film with an elegant mise-en-scène and moving soundtrack. The film delves into deep wounds, unsatisfied desires and dark lives where lies run freely. The longing for a naïve, free and honest youth – eventually hindered by betrayal and tragedy – serves as a counterpoint in the plot when it is confronted with the harsh reality of the protagonists’ empty adult lives. This produces a deep sense of melancholy that runs through this risky yet sensitive debut.

(Translated from Spanish by Jasmine Haniff)

“Everything that happens in the film we have experienced ourselves”

We chatted to the Spanish producers, who made their feature-length directorial debut with a character drama that’s now touring the festival circuit

Six LGBTI projects to be presented at the second Fire!! Lab

The event, which unspools as part of the Fire!! Film Festival, is being held in Barcelona from 13-15 June, and boasts tutors such as filmmakers Adrián Silvestre, David Matamoros and Ángeles Hernández

Three actors will play the controversial artist at different stages of his life during the six episodes of Bosé, a Paramount + biopic directed by Miguel Bardem and Fernando Trullols

The latest films by Alberto Rodríguez, Rodrigo Sorogoyen and Lucía Alemany are among those set to benefit from grants provided by the Spanish Ministry of Culture

David Matamoros and Ángeles Hernández make their directorial debut with this drama about isolation, unpaid debts and failed lives 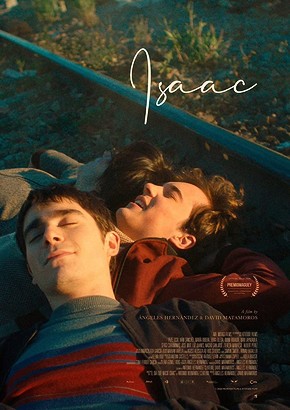 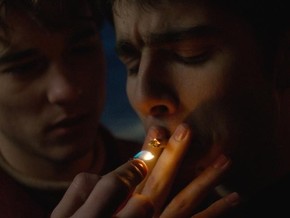 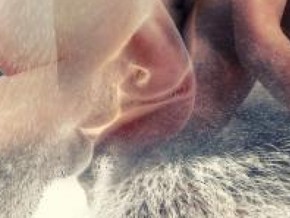