03/09/2020 - VENICE 2020: In Daniele Luchetti’s opening film of the 77th Venice Film Festival, unhappiness is something to be shared with the whole family

Alba Rohrwacher and Luigi Lo Cascio in The Ties

Starting in 1980s Naples, it’s the kind of story that goes bad really fast – as soon as Aldo (Luigi Lo Cascio) decides to tell his wife and a mother of two (Alba Rohrwacher), Vanda, that he has, in fact, sinned. As his extramarital affair with a younger colleague intensifies, Vanda seems to be losing her footing, and so do their kids. Once tragedy strikes, he makes a decision – he will stay away, for their sake, or maybe his own. But that’s not how family ties work, and usually, love is just the beginning.

Based on Domenico Starnone’s novel, The Ties certainly embraces literary embellishments: it’s in the way people talk here, arguably to very uneven effect, or in the way Aldo, a somewhat famous radio personality, addresses his listeners every day. But ultimately, it’s what’s left unsaid that starts to catch up with them, or rather with the reality they were led to believe they both wanted. It still takes its sweet time, though, as Luchetti pretty much shows 30 years of solitude here: of bad choices, hurtful comments and then, just to confuse things further, of shy smiles and the kind of intimacy that comes only with time and refuses to go away.

He has more fun with it, too, much more than the concept of a decades-spanning family saga would usually suggest – jumping back and forth (sometimes confusingly so) and swapping points of view. Its theatrical mannerisms sometimes stand in the way, but The Ties can also be pleasantly dark and twisted, especially when it’s not trying too hard or giving in to the melodrama, and Aldo’s secret box from Prague is at the centre of only a few of its many mysteries: the true origin of a beloved pet’s name or a rather unconventional method of tying one’s shoelaces being the least problematic. But for all its characters’ faults, lies and daily acts of emotional sabotage, thanks to some decent acting, nobody is a real villain here – not even a delivery girl, scamming the older-yet-no-wiser Aldo out of €30 with nothing more than a kind word. “To stay together, you mustn’t talk. Bare essentials,” he points out at another point. If only people would listen.

The Ties is an Italian production staged by Beppe Caschetto for IBC Movie and Rai Cinema, and co-produced by Valentina Merli for Misia Film. The Italian distribution is courtesy of 01 Distribution, while the world sales are handled by mk2 films.

more about: The Ties

“If your parents are wrong, it doesn’t mean you will be right”

VENICE 2020: We talked to Daniele Luchetti, the director of this year’s opening film, The Ties, the first Italian title to kick-start Venice in 11 years

Dominique Sanda, Alba Rohrwacher and Maya Sansa star in the director’s new film, the story of an impossible love that will throw into question the feelings of an entire family 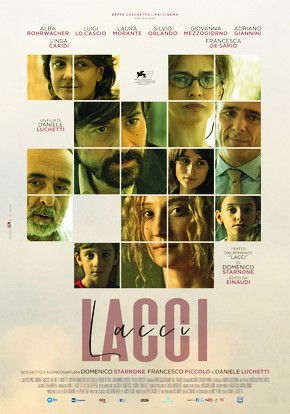 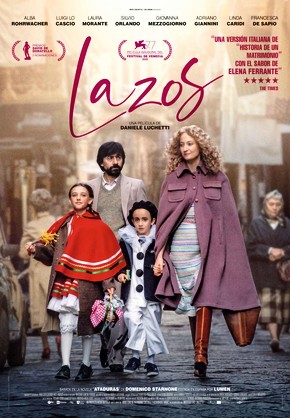 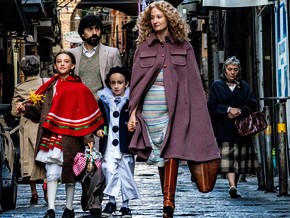