Review: The Man Who Sold His Skin

"I can offer you a flying carpet to travel freely". It’s a somewhat original Faustian pact that’s accepted by Sam Ali, the Syrian protagonist of The Man Who Sold His Skin [+see also:
trailer
interview: Kaouther Ben Hania
film profile] by Kaouther Ben Hania, a film unveiled in the Orizzonti section of the 77th Venice Film Festival. Exiled in Beirut and dreaming of travelling to Brussels to be with the woman he loves, the impulsive and proud young man is “transformed into some sort of merchandise so that he can reconnect with his humanity and find freedom": a Schengen visa is tattooed onto his back by a nefarious artist known for transforming "worthless objects into millions of pounds", and Sam is contractually obliged to make himself fully available for exhibitions, as well as giving up a third of his sales revenue. Champagne, caviar, notoriety, money: whispers in his ear tell him the world is his, but at what price?

The idea for this incredible story, which delves deep into the crossroads between two extreme realities (the survival and the painful hopes of an exiled man confronted with the nigh-on pointless luxury of international contemporary art circles), first came to the Tunisian director -  an expert in the exploration of edifying tales (Beauty and the Dogs [+see also:
film review
trailer
interview: Kaouther Ben Hania
film profile], Challat of Tunis [+see also:
trailer
interview: Kaouther Ben Hania
film profile]) – after she saw an exhibition of Tim Steiner, a Swiss national tattooed in 2008 by Belgian artist Wim Delvoye (who actually appears in the film playing the part of an insurance agent who clarifies that, in the event of Sam Ali’s death, "cancer is fine " but an explosion isn’t).

By grafting the trajectory of a loved-up refugee onto this particular topic, the filmmaker has provided herself with an unexplored, highly stimulating narrative space: Sam’s  (Yahya Mahayni) flight from Syria, having been mistakenly accused of being a revolutionary (he was only declaring his love for Abeer), his path as a labourer in Beirut in a poultry factory and as a freeloader at cocktail parties, his chance encounter with the famous artist (Koen de Bouw) and his right-hand woman (Monica Bellucci), the tattoo deal and his departure for Brussels where he’s exhibited in a museum on a podium, his complicated reunion with Abeer (Dea Liane) who’s married to a very unfriendly Syrian diplomat. A host of misadventures, over the course of which we see thorny questions emerging around the topic of identity, with Sam growing aware of his enslavement but also discovering a form of power...

Very well acted, The Man Who Sold His Skin makes perfect use of ellipses in order to develop its plot, and unfolds in a visual style that plays greatly on contrasts, amidst a unique atmosphere created by director of photography Christopher Aoun. It’s something of a strange package, but is nonetheless a fair reflection of the troubling and cruel paradoxes inherent to a system where "everything has a price", including human beings, and where the issues at stake in the struggle for freedom interweave.

more about: The Man Who Sold His Skin

Interview: Kaouther Ben Hania • Director of The Man Who Sold His Skin

"What does it mean to be free?"

VENICE 2020: Tunisian filmmaker Kaouther Ben Hania talks about her astonishing work The Man Who Sold His Skin, a European production unveiled in the Orizzonti line-up

"I love putting different talents together and facilitating synergies"

Swan Song, The Man Who Sold His Skin and CODA win awards at Haugesund

The festival prizes were given out on Thursday night, reflecting a whole spectrum of critic, audience and ecumenical preferences, and more

The Marché du Film will see the French sales agent wagering on Rachel Lang’s second feature, selected for the Directors’ Fortnight, as well as on The Murder Party

"There was a real desire for the festival to take place"

Movies That Matter launches an industry programme and new awards 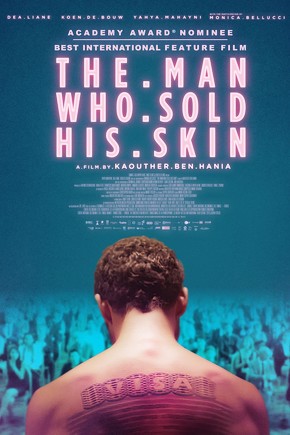 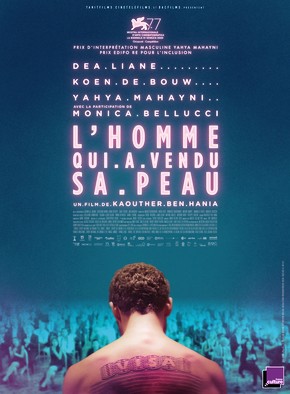 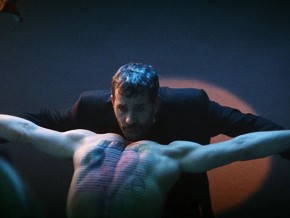 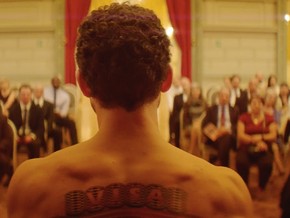 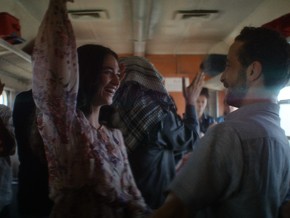 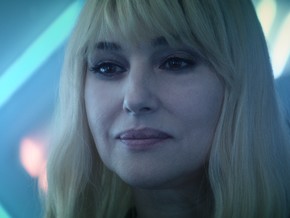 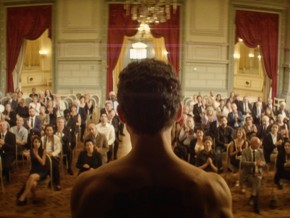