Review: Preparations To Be Together For An Unknown Period of Time

06/09/2020 - VENICE 2020: A consummate artist in the fields of psychological and atmospheric suspense, filmmaker Lili Horvát dissects the shifting lines between desire and reality

"I thought that that was it, that it was what I’d been looking for, that he was the one I’d been looking for. I don’t know if it’s what you’d call love, but I’m going to be 40 soon and I’d never felt like that before." It’s right into the heart of this thunderstruck love - which soon begins to take a very strange shape - that young Hungarian director Lili Horvát skilfully delves in Preparations To Be Together For An Unknown Period of Time [+see also:
trailer
interview: Lili Horvat
film profile], a movie unveiled in the Giornate degli Autori section of the 77th Venice International Film Festival and further set to headline the 45th Toronto Film Festival, gracing its Contemporary World Cinema line-up.

"Sorry Madam, I think you’re confusing me with someone else, I’ve never seen you before in my life". These words are a harsh blow for Márta Visy (Natasa Stork), having been administered to her in the middle of a Budapest street by János Drexler (Viktor Bodó), a neurosurgeon, like her, whom she’d met exactly one month earlier during a conference in New Jersey, America, where Márta had carved out a brilliant career for herself since leaving Hungary almost 20 years ago. So harsh, in fact, that she faints because she has dropped everything to honour this very specific rendez-vous which they organised to take place in the Hungarian capital, on this very day, at 5pm, on the eastern bank end of Liberty Bridge. But she’d ended up waiting in vain before finally seeking János out at the local Medical College, only for it all to end in crushing rejection.

Once she’s over the initial shock, Márta digs her heels in, offering her services to the hospital (to everyone’s surprise, given her superior qualifications compared to the local state of play, not to mention the gulf that separates clinical work conditions in the US and in Hungary), renting a decrepit apartment (which looks out directly onto Liberty Bridge), and spying on Janos (via the internet and in person) who clearly picks up on all the attention she’s paying him. It’s a lonely obsessive love which she could very well have invented in the mysterious microcosm of her mind. It’s a possibility… But how far will Márta go?

Positioning her work within the same spiritual frame as Mad Girl’s Love Song by American poet Sylvia Plath, Horvát relies on a script that’s extremely well structured in terms of temporal deconstruction (Márta tells her love story to a therapist as if it were in the past, which it very clearly isn’t), the handling of the enigma (is she mad or is she not?) and the juxtaposition of the protagonist’s career as a neurosurgeon (the coldest and most rationally-minded of professions) and her psychological wavering. It’s a suspense-filled and nigh-on Cassavetes-style mirror exploration of a woman’s emotions and of the boundless potential for human projection; it’s an offering which is also greatly indebted to its lead actress Natasa Stork, to the atmosphere of “depressive” realism which is expertly conveyed through the film’s images and to its wonderful mastery of the many smaller, suggestive details which come together to form a fascinating puzzle. Discovered via The Wednesday Child [+see also:
film review
trailer
interview: Lili Horvát |
film profile] (the victor of Karlovy Vary’s East of the West section in 2015), the present film confirms the director’s full potential, because what could possibly be better than the ability to take a simple story and transform it into a boundless world that mirrors the unknown regions of the human brain.

Preparations To Be Together For An Unknown Period of Time is produced by Poste Restante and sold by NFI World Sales.

more about: Preparations to Be Together for an Unknown Period of Time

Interview: Lili Horvat • Director of Preparations to Be Together for an Unknown Period of Time

VENICE 2020: Lili Horvát presented Preparations to Be Together for an Unknown Period of Time, a psychological suspense flick that probes boundaries as a love affair takes shape

The 65th Valladolid International Film Festival kicks off this Saturday and will offer a programme brimming with auteurs and highly personal propositions, with Isabel Coixet set to open the gathering 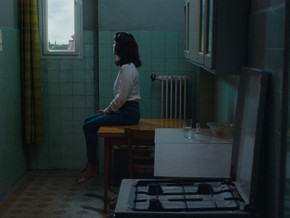 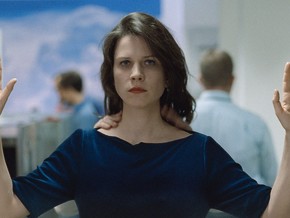 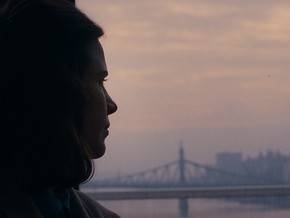 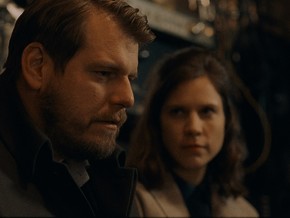 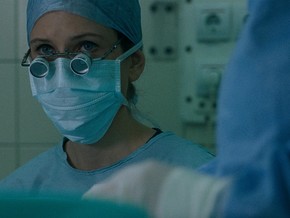