06/09/2020 - VENICE 2020: With a laugh-out-loud film that feels like a long-lost cousin of the Coen brothers’ “idiot trilogy”, Quentin Dupieux once again makes the world a much better place

Trying to predict what Quentin Dupieux will do next would be a very frustrating occupation. This is the man who made a film about a killer tyre and had Jean Dujardin falling in love with a jacket, vintage and 100% deerskin, but still. No wonder, then, that Mandibles [+see also:
trailer
interview: Quentin Dupieux
film profile], presented in the Venice Film Festival’s Out of Competition section, has its very own surprise stuck in the boot of a stolen car. And, despite one character’s theory, it’s really not a hairdryer.

Enter a giant fly, perpetually hungry and named “Dominique” a few cans of cat food later. As deliciously idiotic as that concept already is, the fun begins much earlier than that, with two guys (Grégoire Ludig and David Marsais), a tad, shall we say, on the slower side, who could have been the product of a drunken brawl between the Coen brothers and the Farrellys – although Dumb and Dumber's Mutt Cutts van has been replaced by a unicorn bike this time. With no money or shelter, the only prospect on the horizon for them is a paid gig delivering a suitcase for €500, provided no one asks what’s inside it. But before Pulp Fiction starts coming to mind, rest assured – Dupieux may know all the rules by heart, but frankly, my dear, he doesn’t give a damn.

Embracing everything that the concept of a “creature feature” has to offer – with this particular insect looking a bit like E.T., especially when lovingly wrapped in a blanket – the oddest aspect of Dupieux’s movie actually just blends in smoothly at one point: sandwiched in between a man who “rolls in his sleep”, usually all the way to the sea, and Adèle Exarchopoulos with a “vocal problem” causing her to YELL REALLY LOUD instead of talking, while on occasion carrying dog faeces in her pocket. In this world, almost anything goes. Almost anything, because don’t let the winged, yet trainable, monster fool you – Mandibles is a well thought-out, polished production, a fine example of controlled mayhem and, ultimately, a very simple story. It’s just what happens in it that’s weird.

Communicating with a mixture of “I mega get it” and the “toro” greeting – quickly spreading around the festival, as Cineuropa has noticed – these doofuses are just as excited about their short-lived role as transporters (not the Jason Statham kind, though) as they are when Dominique comes along. Manu, played by Ludig and looking like Lorenzo Lamas left outside for too long, and his best bud Jean Gab don’t have many options, but they don’t seem to mind. Whatever comes this unfortunate duo’s way, be it a suitcase or a gigantic fly, they just accept it and move on, having no regrets, as long as no food goes to waste.

VENICE 2020: We talked to Quentin Dupieux, the director of Mandibles, about dim-witted protagonists and “creature features”. And Will Ferrell

Anthony Bajon, Raphaël Quenard and Galatéa Bellugi are starring in the filmmaker’s first feature, steered by Insolence Productions and set to be sold by Bac Films

Artémis, Frakas, Tarantula and Gapbusters join Versus in the Belgian distributor capital 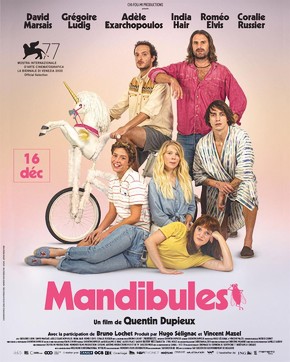 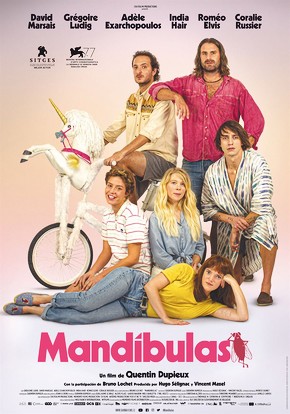 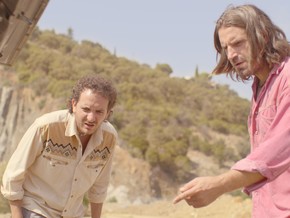 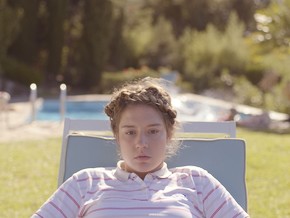 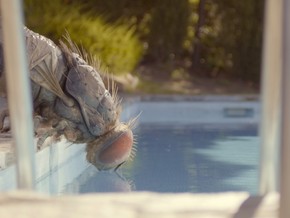 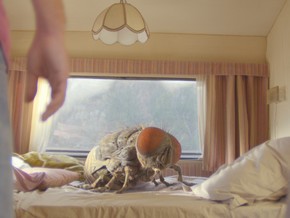 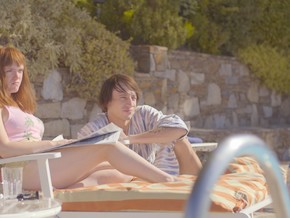