Playing in Orizzonti at the Venice Film Festival, Zanka Contact, the debut film by Ismaël El Iraki, has troubled central lovers echoing Wild at Heart's Sailor and Lula and Head-On [+see also:
trailer
film profile]'s Cahit and Sibel. Prostitute Rajae (Khansa Batma) and has-been rock star Larsen (Ahmed Hammoud) meet, fall in love, and get chased out of town by a henchman and a pimp. Somehow, despite the trail of destruction, through this up-and-down relationship, the lovers find catharsis and an understanding of themselves, abandoning some self-sabotaging habits along the way.

That David Lynch and Fatih Akin come to mind is also indicative that this is a vast, fun roller coaster of a movie with extreme characters, some verging on caricature, that are ready to take us on a ride packed with great music, culture clashes and psychological damage.

Zanka Contact plays its love of genre movies on its electric guitar. The opening sequence has elements of the biggest B-movie fanboy of them all, Quentin Tarantino. A drunk Rajae scares off an Islamist as she jumps into a taxi in Casablanca and starts telling a joke. In a beguiling performance that carries the movie, Moroccan music star Batma creates a full-blooded, ballsy and quick-witted character whose hard exterior has been built to cover a tragedy from her teenage years. Her destructive state is compounded by the patriarchal society that compartmentalises women as either virgins or whores.

Meanwhile, in London, the once famous-for-15-minutes sad sack Larsen is being tortured over a gambling debt. The obligation is settled by the heroin addict relinquishing the rights to his music catalogue, and agreeing to go into exile in Casablanca. Once there, Iraki delivers a fresh and non-orientalist look at Morocco, with his Casablanca a beguiling mix of the modern and the traditional. Shot on 35 mm by Benjamin Rufi, it’s lensed to give the locations, ranging from underground clubs to dusty streets, a glossy and vibrant sheen. Mix in the fabulous garments, such as the snakeskin jacket and gorgeous, colourful dresses, and it's the type of place that fashion mags would describe as "shabby chic". Book now!

Furthermore, Paris-based La Fémis graduate Iraki is inspired when shooting music. Whether it’s Larsen and Rajae singing in an intimate space, or a concert featuring German rockers Kadavar, he captures the magic of watching live performances (recall that?). Iraki is unafraid to hold a scene to let a record play out, with the song’s beat dictating the pacing, which can at times be uneven. When a director chooses to shoot this way, the soundtrack had better bang, and Zanka Contact doesn't disappoint in this regard – it’s an eclectic mix of original songs by composers Alexandre Tartiere and Neyl Nejjai, and features tracks from Nass El Ghiwane, Bobby “Blue” Bland and Les Variations. The music, like the city, is a mix of styles and histories. The tunes are the soulful heart as Rajae's vocal cords combine with Larsen's guitar chords to signal that their meeting is destiny, and together they can overcome their traumatic pasts.

On the action front, pimp Said (Said Bey), unhappy that his trick-turner is finding her voice, leads the chase in this tajine western. The unstable lovers pick up enemies at every juncture, as they move from underground clubs to desert hideouts. Think Robert Rodriguez jumping out of the cesspit and into a sandpit. It's purposely over the top, so the requirement is just to go with the flow; otherwise, the fanboy genre elements may feel too cumbersome before it takes a dramatic turn into Sergio Leone territory and a grandstand finish.

Zanka Contact was produced by France’s Barney Production and Morocco’s Mont Fleuri Productions, with Belgium’s Velvet Films serving as a co-producer. The film is sold internationally by True Colours.

Enrico Chiesa tells us about Clap ACP, a project financed by the European Union to support South-South co-productions

Karlovy Vary programmers had assembled a variety of titles hailing from Sundance, Berlin, Venice and San Sebastián, plus some flaunting the Cannes 2020 label

Serbian Srdan Golubović’s film walks away with the Antigone d'Or, Zanka Contact wins a Special Mention, Here We Are scoops the Audience Award and Teddy proves popular with the critics

VENICE 2020: Portugal’s Ana Rocha de Sousa has won the Lion of the Future for Listen, while other European victors include New Order and Padrenostro 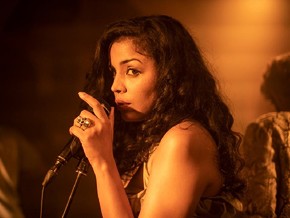 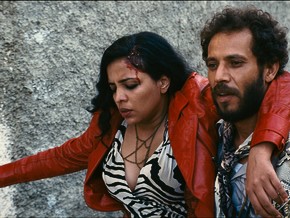 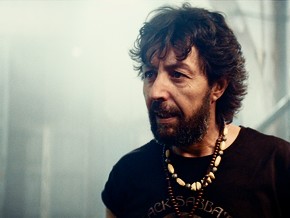 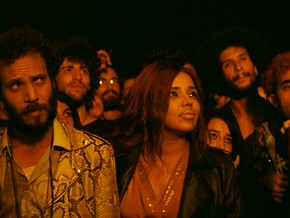 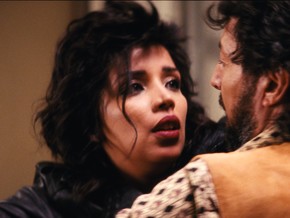 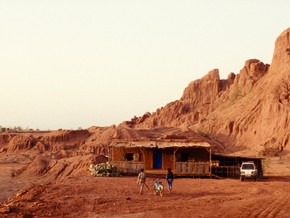 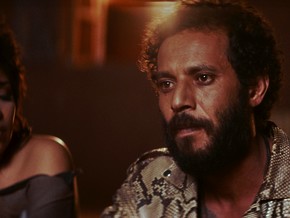 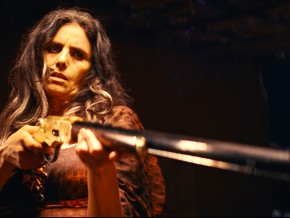 We interviewed Italian director Chiara Viale to discuss her debut feature The New Music, which is released in Ireland and the UK on 18 January via Amazon Prime Video, iTunes and Sky Store