08/09/2020 - VENICE 2020: Adapted from a stage play, this chilling debut by Natalya Vorozhbit unveils mostly pain and little hope in the war-torn Donbass region

This year’s Venice Film Festival has seen many fresh approaches to historical and political filmmaking, and Bad Roads [+see also:
trailer
interview: Natalya Vorozhbit
film profile] is no exception. Premiering in the International Film Critics’ Week last Friday, this debut feature by experienced theatre and TV writer Natalya Vorozhbit is a challenging watch, inspecting various lives in the occupied Donbass region of Ukraine and finding little solace. Both powerfully acted by a cast forced to simulate horrific acts and oddly structured with its self-contained stories, the film is ultimately a strong, if inconsistent, debut, and it serves as a launch pad to help a new Ukrainian talent gain wider notice.

Like Sergei Loznitsa in his own recent feature Donbass [+see also:
film review
trailer
interview: Sergei Loznitsa
film profile], Vorozhbit seems to take on the responsibility of presenting to the wider world the impact of Russia’s annexation of the Crimean peninsula. A single narrative through line is not enough; like Loznitsa’s film, Bad Roads shows a surreal panorama of incidents, affecting our very notions of truth. Even more than other films directly adapted from plays, it wears its staginess on its sleeve – it never fails to remind you of the intimacy of two actors interacting in real-time with no “cuts”, and the sheer hypnotic power it can have.

The scenarios it chooses to stage are also far from archetypal. Enacted by a bevy of regional theatre actors from around Ukraine to ensure a sense of authenticity, their roles are unnamed, but we can still gauge characters of real depth. The stories come forth, one after the other, with no bookends or on-screen titles to ground us. A man (Igor Koltovskyy) alleging to be a schoolmaster is accosted by the military at a DPR road checkpoint, and a tense confrontation ensues. Two teenagers (Anna Zhurakovskaya and Ekaterina Zhdanovich, the cast’s only non-professionals) wait for their soldier boyfriends in a dilapidated town square. In a lengthy, utterly disturbing sequence, a journalist (Maryna Klimova) is held captive by a militant (Yuri Kulinich) and then brutally assaulted. And finally, we have an only mildly more light-hearted story, as a young woman (Zoya Baranovskaya) apologises to an older couple after running over their chicken.

The film is shot mostly on location in the region itself, “in a quasi-documentary style”, as Vorozhbit puts it, although this is not quite accurate. It’s not as distanced as watching the theatre performances sometimes broadcast in cinemas these days, yet it is far from being as fluid as Ingmar Bergman’s work, still perhaps the epitome of theatre-derived cinema. The camera finds a view, locks down on the performers and simply watches, and the effectiveness of this varies across the entire film.

Another problematic aspect of Bad Roads is the tone and resolution of some of the scenes. Yes, each of the four parts pertains to the region and its inhabitants’ specific predicament – the flawed promise of a new popular uprising, poverty, and problems with supplies, gangsterism and corruption. But the grim feel and occasionally sadistic behaviour sometimes flattens our awareness of the wider context.

Bad Roads was originally staged in London's Royal Court Theatre in 2017, to great acclaim. This film is a strong record of the text, depleted from six to four segments, and it shows Vorozhbit making a promising transition to cinema.

VENICE 2020: We talked to Natalya Vorozhbit, the debuting director of Bad Roads, originally presented on stage at the Royal Court Theatre in London

One day before it was initially planned to open, the Lithuanian gathering’s #StandWithUkraine programme will showcase Ukrainian movies while also boycotting Russian cinema 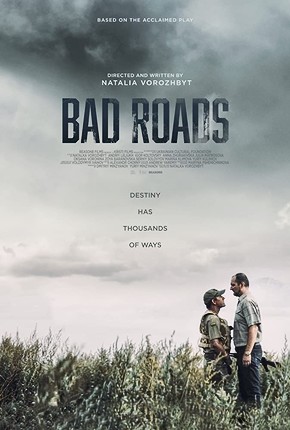 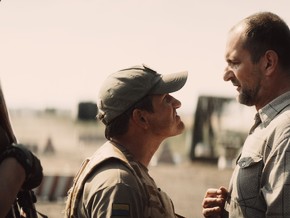 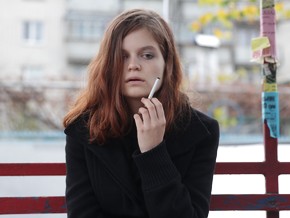 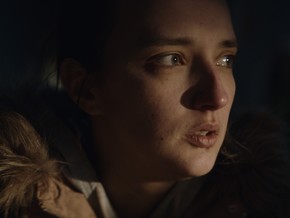