10/09/2020 - VENICE 2020: In retracing the entire lives of five sisters in Palermo, Emma Dante tugs at the viewer’s heartstrings and treats us to some wonderful visual solutions

We see a hole in the wall, to look at the sea… And this is exactly what The Macaluso Sisters [+see also:
trailer
film profile] are doing in the opening sequence of Emma Dante’s film, which is competing in the 2020 Venice Film Festival. The director previously presented A Street in Palermo [+see also:
film review
trailer
interview: Emma Dante
film profile] in competition in Venice back in 2013, which won Elena Cotta the Volpi Cup for Best Actress.

Katia, Lia, Pinuccia, Maria and Antonella, who all fall somewhere between nine and eighteen years of age, are orphans living on the top floor of an apartment block on the outskirts of Palermo. They raise doves, sometimes “hiring them out” to wedding organisers in the knowledge that the birds always find their way home anyway. Theirs is a house which plays a central role in the film, its rooms representing the five sisters’ entire world, and that’s why the director dedicates such lengthy shots to them when they’re empty. It’s a self-sufficient and microcosmic female world that Emma Dante has created, one which has no room for boys and is full of close-ups on lips soon to be covered in lipstick, games, tenderness, fierce arguments and hopes. The film follows the sisters from adolescence through to adulthood and on into old age, courtesy of twelve different actresses: Alissa Maria Orlando, Laura Giordani, Rosalba Bologna, Susanna Piraino, Serena Barone, Maria Rosaria Alati, Anita Pomario, Donatella Finocchiaro, Ileana Rigano, Eleonora De Luca, Simona Malato and Viola Pusateri.

They’re girls like any others. The youngest, Antonella, bathes her Barbies in the bathtub and feeds seed to her beloved doves using the family’s best plates, before cheering them up with a music box which plays Erik Satie’s Gymnopédie No.1.  Pinuccia likes being chased by the boys while Simona likes a girl the same age as her and loves to dance; Lia likes to read whereas Katie likes paninis. But a day at the beach soon takes a tragic turn. The loss of a sister proves too much to take, too painful and difficult an experience. The survivors will be overwhelmed with guilt for the rest of their lives. The film shows us how the lives of these four remaining sisters turn out, four sisters who become three and, later, two, surrounded by the memories of those who are no longer with them. As an elderly woman, Pinuccia still sees little Antonella in front of the mirror, exclaiming admiringly “you’re so beautiful”. When Lia dies too, Pinuccia is left alone to look after the house and her mind succumbs to feelings of guilt; the walls seem to collapse without the sisterhood there to hold them together, love has disintegrated over time. Only the doves are left, fluttering through the air, all whiteness and innocence.

Certain points are driven too far home in the film, and the director has a tendency to put her foot on the emotional accelerator, like in the scene where Simona, battling cancer, puts on the tutu she wore as a girl when she wanted to become a ballet dancer. But, despite her perspective being that of a playwright unconfined by the technical constraints of frames, Emma Dante successfully breaks away from her homonymous theatre play which the film is based upon, and seems to have acquired even greater expertise in organising space and finding wonderful visual solutions, thanks also to her director of photography Gherardo Gossi and her editor Benni Atria.  This isn’t an example of theatre brought to the big screen, it’s a film for the big screen, pure and simple.

The Macaluso Sisters is produced by Rosamont and Minimum Fax Media together with RAI Cinema. International sales are entrusted to Charades while Teodora are handling distribution in Italy and are releasing the film in national cinemas today, 10 September.

more about: The Macaluso Sisters

Filming is in progress on the series, which will premiere on Amazon Prime Video in 2022. Fabrizio Bentivoglio will play the character created by Alessandro Robecchi 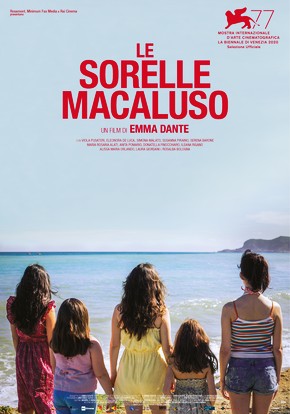 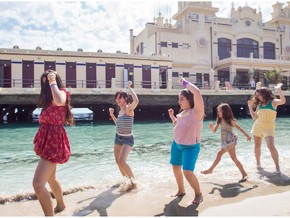 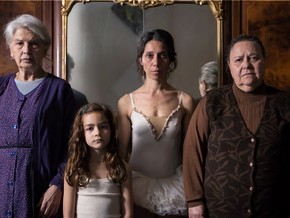 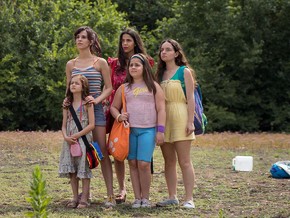