Bahira Ablassi in Laila in Haifa

Haifa is the third-largest city in Israel, a major seaport located on the northern tip of the country. It hosts a very fine film festival in the autumn (just saying), and the city looks especially beautiful in the balmy dusk. Amos Gitai, one of the pre-eminent Israeli filmmakers, takes full advantage of the latter in his evening-set film Laila in Haifa [+see also:
trailer
film profile], which almost takes place in real time and is set in a place where, compared to the rest of Israel, some Palestinian identities can assert themselves in safety. The film had its premiere this week in the Venice Film Festival’s main competition, marking the seventh time that Gitai has competed for the Golden Lion.

In a filmmaking career lasting almost half a century, Gitai has lost none of his formal acuity and in fact seems to be evolving various aspects of his craft. Like his prior fiction work, A Tramway in Jerusalem [+see also:
film review
trailer
interview: Amos Gitai
film profile], also shot in collaboration with French cinematographer Eric Gautier, Laila in Haifa is a networked narrative, criss-crossing various characters and scenarios in a fairly contained location. It is sometimes funny (there’s a remarkable dating-app skit featuring comedian Hana Laslo), always, of course, deeply political, and it brings up many of the eclectic reference points that Gitai has shown over the years: dance, live music, art and poetry are all crucial to the story.

There’s a real upmarket, adult feel to this story: beautiful people speaking beautiful words in a wonderfully atmospheric, chic location. The lead actors could all win beauty contests, followed by literary prizes. Still, this is far from a shallow film. It follows the titular Laila (played by Maria Zreik), an Arabic name that also means “night” in Hebrew. She works at the hip nightspot Club Fattoush, whose feel crosses hedonistic nightlife with an adjoining gallery that showcases militant Palestinian art. She is married to its owner, Kamal (Makram J Khoury), a man also described as owning “half of Ramallah”, but is continuing an affair with one of the gallery’s artists, Gil (Tsahi Halevi), who is Israeli. Art-world figure Roberta (Clara Khoury) is attempting to showcase artists first discovered at Club Fattoush in the USA, but her ulterior motive is to get close to Kamal and his property empire. The primary language spoken is Arabic, and we can feel the frisson of typical Israeli society being upturned.

Laila in Haifa hasn’t been especially popular with the press corps at Venice so far, and perhaps it takes a bit of familiarity with the subject matter to see what’s edifying about the film. Beyond the pertinent references to how the art world is intermingled with finance capital, it sketches a new variation on Gitai’s signature theme: the hope for and possibility of communication between individual Israelis and Palestinians, whilst violence from more collective forces rages on. This has particular resonance with the peace process currently ongoing in such a haggard state. The actual Club Fattoush was established after the previous Israeli Minister for Culture ordered the closure of Haifa’s only Arabic theatre. The struggle for Palestinian recognition finds a way, even in the more benign surroundings of a nightclub, and as Laila in Haifa attests, some Israelis are listening.

Laila in Haifa is a co-production between Israel and France. Laurent Truchot and Amos Gitai produced for Agav Films, in addition to Catherine Dussart for CDP Productions. United King Films Distribution staged it on the Israeli side. The world sales agent is HanWay Films.

more about: Laila in Haifa 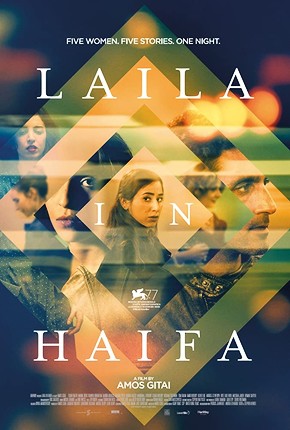 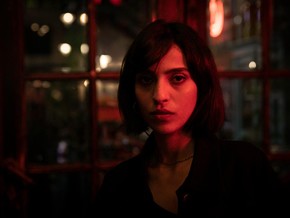