11/09/2020 - VENICE 2020: In his new documentary, Luca Guadagnino proves that sometimes you can give a director the right shoes, but he still can’t conquer the world

Opening with the making of what turns out to be a pair of ruby slippers, very much like the ones worn by Dorothy Gale in The Wizard of Oz, Luca Guadagnino makes one thing perfectly clear: in his documentary Salvatore: Shoemaker of Dreams [+see also:
trailer
film profile], shown out of competition at the Venice Film Festival, we are not in Kansas any more. Nor are we in Bonito, where Salvatore Ferragamo was born in 1898. The 11th of 14 children, he used his ambition and drive to build a proper empire.

Guadagnino’s film – accompanied in Venice by the pandemic-centred short Fiori, Fiori, Fiori – although way too detailed and much better suited for the small screen, is not just about the man in question; it’s also about the movies. Which explains why even Martin Scorsese shows up for a giggly chat and why mentions of Marilyn Monroe “prancing around” in Ferragamo’s shoes prove so important. Arguably, that’s the single most interesting part of this overlong, fairly boring film, as Ferragamo is revealed as someone who, after coming to America with little more than some cheese and salami, quickly realised where the future lay. With Pola Negri and Rudolf Valentino among his first clients, his ascent just continued, and although Guadagnino seems as interested in Ferragamo’s talent as he is in his business savviness, he also seems to be implying that it was cinema that cemented his lasting legacy: there is a whole analysis of Gloria Swanson’s footwear in 1928’s Sadie Thompson, made to underline her “fallen” status, with bows that were a little too big and ankle straps that were a little too naughty.

The Palermo-born director, who, in the wake of Call Me by Your Name [+see also:
film review
trailer
Q&A: Luca Guadagnino
film profile] and a starry remake of Suspiria [+see also:
film review
trailer
film profile], is now a celebrity in his own right, easily amasses a bunch of well-known experts, with Manolo Blahnik being as gossipy as it gets. Which makes sense, as in his hands, the story of Ferragamo and his designs also becomes a story of fame, with film stars usurping the aristocracy as the new elite, using everything they could, including fashion, to further the illusion. There is no hiding the fact that this is hagiography at its most extreme, with Ferragamo being referred to as a genius just as often as he is named a wonderful husband and father, and with one expert almost losing her cool when holding a boot he designed for The Thief of Bagdad – probably never intending to let go of the thing either. It does get tiring, like watching a video compiled for someone’s milestone birthday with an “American Dream” theme, and listening to his family members, all understandably praying by Ferragamo’s altar, is a pain. But at least some of the anecdotes recounted here are juicy enough to make it go down a bit easier, and it’s hard to keep a straight face when listening to the man’s very own observations from beyond the grave, summed up by the simple “I love feet.” What a magnificent obsession that was indeed.

Salvatore: Shoemaker of Dreams was produced by Francesco Melzi d’Eril and Gabriele Moratti for Italy’s MeMo Films. Its world sales are handled by Sierra Affinity, with Italian distribution by Lucky Red.

more about: Salvatore: Shoemaker of Dreams

VENICE 2020: In his new documentary, Luca Guadagnino proves that sometimes you can give a director the right shoes, but he still can’t conquer the world 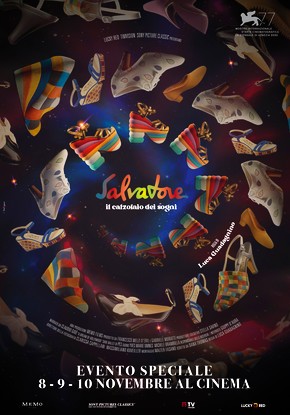 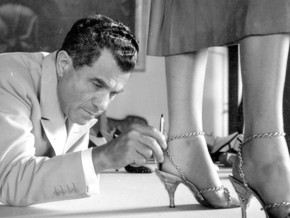 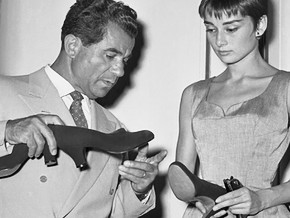 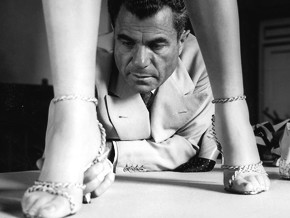