Review: Paolo Conte, Via con me

11/09/2020 - VENICE 2020: Giorgio Verdelli’s documentary about composer and performer Paolo Conte is a delectable detour taking in the life of a major talent

“Paolo Conte is sexy”. In that magic word uttered by Jane Birkin lies the secret of an artist who has been enchanting global audiences for fifty years. “…with that seductive voice of his, his formidable charm… He oozes intelligence, and it doesn’t matter if you don’t understand the words”. The British actress and singer who duetted with Paolo Conte on a 2004 album is one of the many faces who feature in Paolo Conte, Via con me [+see also:
trailer
film profile], a documentary film directed by Giorgio Verdelli which is premiering Out of Competition in the 77th Venice Film Festival.  In September 2019, the documentary-maker interviewed the reserved lawyer and composer from Piedmont - a multi-instrumentalist and performer, and one of the greatest musicians on the international stage - in his Asti-based studio, before weaving images from Conte’s personal archive in and around this conversation, along with footage from international tours, other artists’ experience of the man and the narrating voice of Luca Zingaretti.

The result is a delectable detour taking in the musical life of a huge talent. It’s a must-see for fans and might also arouse the interest of those less familiar with this gentleman par excellence, whose charm rivals that of Marcello Mastroianni (Patrice Leconte gives it a go in the film). Despite his reticence, Conte opens up to the director, talking, for example, about the time his mother cried when she first heard ‘Azzurro”, a song which transcends time and which warmed the hearts of all those who sang it in chorus on city balconies across Italy during lockdown.

His parents, we learn, were both great pianists, and he has a brother, Giorgio, who he started a band with when they were just boys. Paolo played the trombone, Giorgio the drums. Then Paolo discovered the vibraphone while studying to become a lawyer. He opted for jazz, “music of fire and great tenderness”; the jazz that emerged at the end of the 1950s, “that of the great Art Tatum”, explains jazz musician Stefano Bollani. And he also favoured stories that fascinate: “Some of it is autobiographical, the rest is fiction”, Conte clarifies with regard to his lyrics. His protagonists are always anti-heroes: boxers, cyclists, dancers, orchestra members, bartenders, famous writers, bankrupt trustees and raincoats. The ancient and the modern meld together in the boundless freedom that comes with his singing, apparently without any pretence, and “in his incredible musicality, his humour and his tormented heart”, insists Isabella Rossellini. “It’s a form of simplicity which is very difficult to achieve”.

Paolo Conte’s musicality flows freely through footage filmed at concerts, held in the most revered music venues: Paris Olympia, Naples’ San Carlo Theatre, the Verona Arena, the Royal Theatre Carré in Amsterdam, Paris’s Theatre de la Ville, Rome’s Terme di Caracalla… “I’ve always accorded more importance to the music”, he admits, “but I might also be remembered for my lyrics. It would be best to be remembered for both things, not to mention the kazoo”. It’s an amalgam that envelops the viewer like a pair of silk pyjamas. Conte never solves life’s great enigmas, including that “which lies at the heart of the relationship between a man and a woman”, emphasises the musician Vinicio Capossela. There’s irony and languor in his work, and a touch of yearning, which can also be found in his better-known songs, like ‘Insieme a te non ci sto più’, made famous by Caterina Caselli and which Nanni Moretti included in two of his films: Bianca and The Son’s Room [+see also:
trailer
film profile].

His very good friend Roberto Benigni, who sang ‘Via con me’ in his first film You Disturb Me, describes Conte’s music as ‘ars gratia artis’ and delivers this emphatic warning: “Don’t look for meaning in his compositions, they have meanings unto themselves, they’re songs for the sake of songs!”.

Paolo Conte, Via con me is produced by Sudovest Produzioni and Indigo Film in collaboration with RAI Cinema, and will tour Italian cinemas - distributed by Nexo Digital - on 28, 29 and 30 September only. Nexo are also steering international sales.

more about: Paolo Conte, Via con me

The Drama Pitching Forum will present badge-holders with 15 projects hailing from 11 countries, as well as hosting a series of encounters with industry leaders

Review: Paolo Conte, Via con me

VENICE 2020: Giorgio Verdelli’s documentary about composer and performer Paolo Conte is a delectable detour taking in the life of a major talent 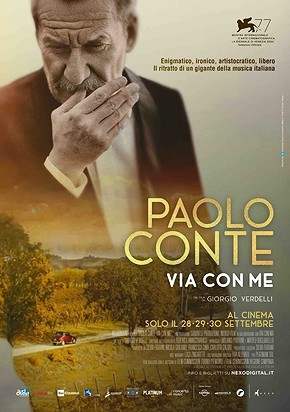 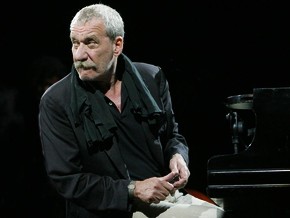 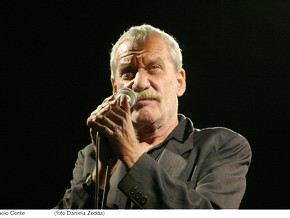 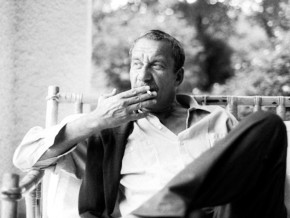 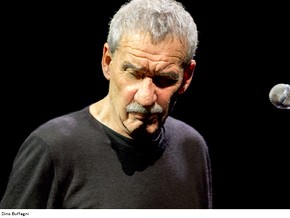