Review: The Monopoly of Violence

2,495 individuals wounded, 27 of whom are now blind in one eye and five are subsequently missing a hand. Such was the heavy toll suffered by protesters belonging to the “gilets jaunes” social movement at the end of a year of weekly confrontations with the French security forces. It’s an impressive tally, grounded in police slip-ups and steeped in controversy surrounding the use of riot guns and sting ball grenades, topics covered extensively by social media and seized upon by David Dufresne in his documentary The Monopoly of Violence [+see also:
trailer
interview: David Dufresne
film profile], a work endorsed by the Directors’ Fortnight and now presented in the Industry Selects line-up of the 45th Toronto Film Festival.

Clearly socially-engaged, the film doesn’t stop at exposing an edifying catalogue of police blunders: it analyses these examples as part of a fascinating reflection (bolstered by contributions from numerous sources) on German sociologist Max Weber’s assertion that "The State lays claim to the monopoly of the legitimate use of physical violence".

Based upon a model consisting of one-on-one conversations, which often unfold in reaction to projected images of police making questionable use of violence, the film gathers together the opinions of several historians, a law professor, a sociologist, a writer, an ethnographer, a police general, several lawyers, the UN’s special rapporteur, three police union representatives, a journalist, but also victims of violence and their families. It’s a diverse assortment which lends the film several levels, ranging from cinéma-vérité (thanks to the very many violent episodes captured on mobile phones, which act as an unprecedented counter-narrative to the traditional monopoly of information enjoyed by the powers that be) to a meticulous examination of the nature of this law enforcement, which is described as "a balancing act between violence and the legitimacy of using this violence" where anger and cruelty aren’t supposed to interfere in "the requirements of the particular circumstances".

From its exploration of the Declaration of the Rights of Man and of the Citizen (article 2: "this force is instituted for the advantage of all and not for the personal benefit of those to whom it is entrusted") to its perusal of the development of the law and order doctrine (hijacked by politicians and turned from a system which allows leaders to exact a subtle level of control into a disciplinarian, if not overtly feudal apparatus), by way of its observation of the common values which societies are built upon (Hanna Arendt, Rousseau) - sadly undermined by the (economic and social) brutality of the modern world - the film is highly methodical as it asks the question "who has the legitimacy to say someone is violent?", and it analyses the dangerous state of affairs that emerges when "legality is erased by the suspicion of illegality" at a time where "democracy isn’t consensus but dissensus".

This compelling approach, intellectual yet never Manichean, is further underpinned by a powerful emotional component (the reactions of two women bludgeoned with gratuitous virulence, the indignation of the mothers of Mantes-la-Jolie college students who had been lined up and made to kneel for hours with their hands on their heads in December 2018, a review of the events which led to two men losing a hand).

A shattering and intelligent documentary, produced by Le Bureau and Jour2fête (who will steer the film’s release on 30 September), The Monopoly of Violence is sold worldwide by The Bureau Sales.

more about: The Monopoly of Violence

Interview: David Dufresne • Director of The Monopoly of Violence

"To still believe in the virtues of dialogue, even if it’s increasingly difficult to do so"

Artémis, Frakas, Tarantula and Gapbusters join Versus in the Belgian distributor capital

Review: The Monopoly of Violence

The Cannes parallel section backs Luca Guadagnino's series We Are Who We Are, David Dufresne's documentary The Monopoly of Violence and Miranda July's Kajillionaire 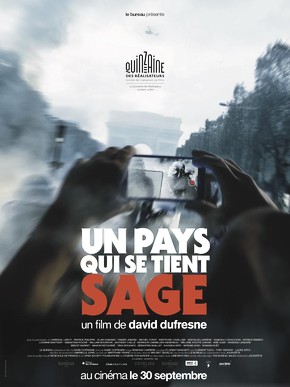 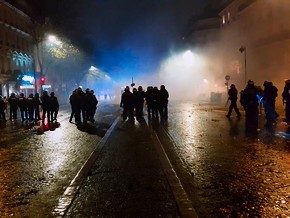 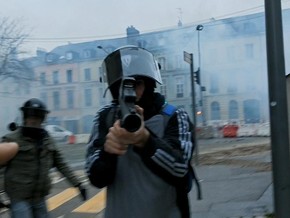 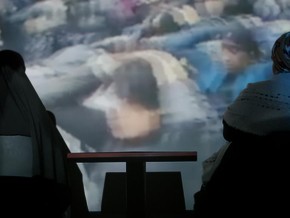 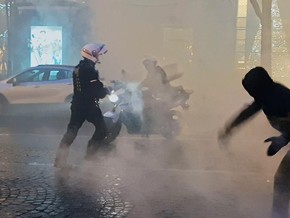 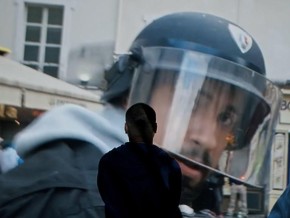 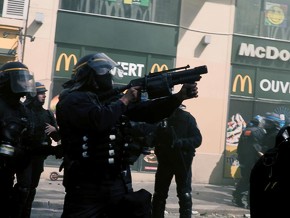 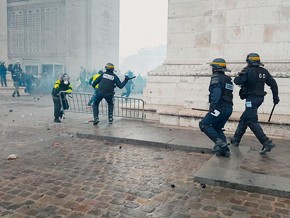