Given that his name sounds like that of a superhero, it’s apt that Captain Ramadan, the coach at the heart of the Egyptian women’s weightlifting scene – and the documentary Lift Like a Girl [+see also:
trailer
film profile], playing as part of TIFF Docs at the Toronto International Film Festival – is such a larger-than-life character. For more than two decades, he has trained women in Alexandria to pump iron. His daughter, Nahla Ramadan, is one of the most famous athletes in Egypt, and he trained Abeer Abdel Rahman, the first Arab woman to become a two-time Olympic champion. As one emcee puts it as he introduces the man before some of Captain Ramadan’s charges take part in a team competition: “He’s made so many champions, we can’t count them.”

We meet Captain Ramadan through the eyes of 14-year-old Zebiba, a bespectacled teenager who is dreaming big. Director Mayye Zayed follows Zebiba over four years, charting her efforts to lift her own bodyweight and then some. Will she be the next champion? That’s a question that Zayed doesn’t break too much of a sweat over. The director is more interested in the lives of the girls around Zebiba and what makes them pursue this dream, no matter the cost.

What’s immediately remarkable is that Captain Ramadan has achieved all this success training champions with the bare minimum of facilities. He operates from an outdoor gym on a patch of land on a street corner that looks like it’s about to become a building site, except the real estate is too valueless for any self-respecting property mogul to send the bulldozers in. Cars whizz by in the background. The sense of chaos is accentuated by the handheld camera work, which darts in and out, picking up moments. As it does so, giving the perspective of the lifters, Captain Ramadan, with his bald head and hulking but slightly fattened frame, appears like a Colossus. He points the girls towards the bench, encouraging them to lift weights, while giving off avuncular vibes. The man is endearing, rather than threatening.

Zayed also takes us into the headspace of Zebiba. It is the tale of a struggle against the odds. She starts competing. This means that she has to be obsessed with her weight so that she can compete in the right category in order to maximise her chance of winning. On the bus to competitions, the girls talk about their weight and other problems that arise. The handheld camerawork is used to show the stresses and strains not just of lifting, but also of life itself. However, the constant chopping and changing at times feels like being hit over the head with a dumbbell, and it takes time for the themes to emerge.

Everything changes when Captain Ramadan is no longer in the picture. The camera work becomes steadier, also giving an indication that Zayed is growing more comfortable with her camera and has a clearer idea of what she is filming. The team start training in the gym, rather than on the street corner, which makes the pumping-iron scenes less cinematic.

The outdoor gym starts to look like a disused playground, with rain weathering the equipment and the shrubbery running riot. Nahla Ramadan takes over the training, and it’s more professional, less off the cuff. As she gets older, Zebiba is faced with the twin challenge of pursuing her sporting dreams and life as a teenager. It’s a struggle that’s as real as the trials and tribulations faced by a first-time filmmaker overcoming her own limited resources. Both succeed, with mixed results.

Lift Like a Girl is an Egyptian-German-Danish co-production staged by Cleo Media, JYOTI Film and Rufy's Films.

Dieudo Hamadi's film has picked up the Golden Dove in the International Competition, Lift Like a Girl won in the German Competition, and A New Shift took home the new Golden Section top prize

Many of the 17 films in the selection, 12 of which are world-premiering at DOK Leipzig, look at the world beyond Germany’s borders 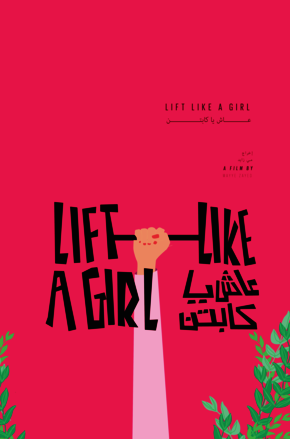 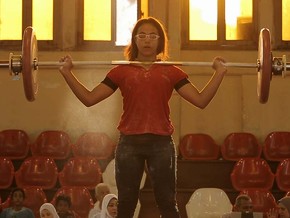