22/09/2020 - Headlining a film for the very first time, Nora Hamzawi seizes the opportunity to impose her own unique style in an offbeat sociological comedy directed by her brother Amro

Nora Hamzawi and Jean-Luc Vincent in Just Like a Woman

"What the hell are you wearing? You look revolting!", "if you had any talent, we’d know about it", you have "to react and behave like an adult, otherwise you’re headed for a mental institution", "you have a God-given talent for self-sabotage", "you’re going to do me the favour of sucking it up and becoming a woman." At 34 years of age, the titular protagonist of Just Like a Woman [+see also:
trailer
film profile] - the first feature film by Amro Hamzawi, released in French cinemas on 23 September by ARP Sélection – is under pressure, to put it mildly.

Without a job or a regular boyfriend, and with her dreams of becoming a writer pulverised by the rejection of her first 700-page-long novel by every publisher on the block, she finds herself backed into a corner by her family: now it’s time for her to fit in with society. Éléonore is a character played brilliantly and voraciously by Nora Hamzawi (the sister of the director and famous comedian who has already made her name on the big screen by way of supporting roles, primarily in Non Fiction [+see also:
film review
trailer
interview: Olivier Assayas
film profile] and Alice and the Mayor [+see also:
film review
trailer
interview: Nicolas Pariser
film profile]) in a bittersweet and slightly off-the-wall comedy about normality, rationality, the complex quest for happiness, family and conventional pressure, solitude and self-acceptance.

"We’re your family, we love you, we’ve got your best interests at heart". No sooner is she fired from a part-time job at McDonalds, and still reeling from the haze of a tipsy one-night-stand, than Éléonore finds herself being carted off to a therapist by her mother (Dominique Reymond) and her sister (Julia Faure). The young Parisian 30-year-old who’s sick of "constantly feeling guilty and never feeling good enough" accepts a maternal arm-twist in the form of a job interview for an assistant’s role in a publishing house. Cornered by his right-arm-person who argues for a greater female presence within the company, boss Harold Graziani (André Marcon) eventually gives Éléonore a job ("I’ve been forced to hire an assistant, a real headcase") at Éditions Aphrodite, who specialise in erotic literature (and whose slogan is: "endowing the body with the prestige of the mind"). Meanwhile, looking at love as if it were an investment and life in general as an ensemble of manoeuvres, her mother and sister do everything in their power to push Éléonore into the arms of Lucas (Arthur Igual), whom they see as a great catch ("he created a home catering start-up business and owns an apartment in the 9th arrondissement"). But clearly, for Éléonore, a sensitive idealist overly prone to blunders, these changes won’t prove quite so easy to make…

Treading the line between a playful, nigh-on "cartoonesque" comedy and the film’s underlying sociological tone (relationships of domination and influence within family and professional spheres, grey zones between women and men’s mutual understanding, the search for our place in an urban world that’s not kind on dreamers, etc.) and following in the footsteps of its endearing main character, Just Like a Woman proves to be an ideal springboard for Nora Hamzawi, who quite simply owns the film with her natural charisma and sharp sense of self-deprecation, assets which will no doubt find many other opportunities for expression in future years of French cinema.

Just Like a Woman was produced by Ecce Films and is sold worldwide by Le Pacte.

Headlining a film for the very first time, Nora Hamzawi seizes the opportunity to impose her own unique style in an offbeat sociological comedy directed by her brother Amro

The comedian is currently starring in the feature debut by her brother Amro Hamzawi, which is being produced by Ecce Films and will be sold by Le Pacte 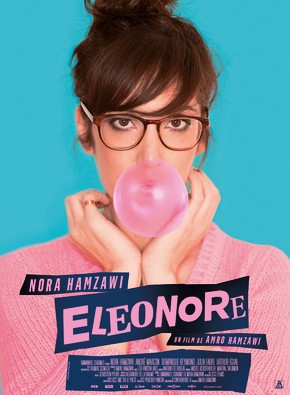 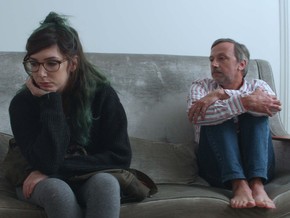 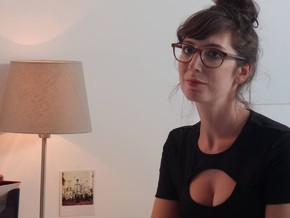