When a compass loses its bearings, the risk of embarking into an unpredictable, even dangerous direction is great. But it is extremely difficult for a ridiculed woman to resist her desire to avenge her honour, all the while successfully concealing her efforts from a bourgeois community of expatriates where lies and slander reign. Does this all sound rather enigmatic to you? Welcome to Appearances [+see also:
trailer
film profile], the new film from Marc Fitoussi (Copacabana [+see also:
film review
trailer
film profile], Pauline détective [+see also:
trailer
film profile], Mum's Wrong [+see also:
trailer
film profile]) and his first incursion in the genre of the psychological thriller. A feature film with a mightily twisted narrative mechanism (based on the novel Betrayal by Swedish writer Karin Alvtegen) and with a false bottom recalling the cinema of Claude Chabrol, launched in French cinemas on 23 September by SND and starring Karin Viard once again majestic in the lead role.

“I am spoiled by life.” Married to Henri (Benjamin Biolay), a famous conductor, mother of a six-year-old boy and director of a library, Hélène (Karin Viard) enjoys a privileged existence in Vienna, at the heart of a small circle of French expatriates working in the Austrian capital. Fine dining, house staff, beauty treatments and gossip (full of backstabbing and of a disdain for the lower classes) with the girlfriends, themselves parents of the other children from the French school (in particular Clémence, brilliantly played by Pascale Arbillot), are part of her everyday life. But a suspicion about her husband’s potential adultery makes Hélène fall into an increasingly out of control spiral. Hurt and determined to make the school teacher (Laetitia Dosch) that her husband is infatuated with pay, all the while preserving the social appearances of her marriage, she begins a double game that will soon turn against her, as a young Austrian man (Lucas Englander) she meets by chance comes to seriously complicate the situation…

Double language, double personality ("let’s talk about ourselves, but let’s try to forget who we are"), lies, past secrets bubbling up to the surface, digital identity theft, plot twists: under its airs of a classical comedy of manners about couples and adultery, Appearances weaves a sophisticated web, skillfully sowing clues to better collect their fruits later, the film’s mood progressively becoming more tense and darkening, until it comes to threaten the very foundations of an artificially privileged existence (reference to Jacques Demy’s Donkey Skin) as “the worm is in the fruit” in “the country of Mozart.” A simultaneously dry and lighthearted exploration, at the crossroads of several genres and with very strong performances, directed by Marc Fitoussi with a controlled elegance set to a score composed by Bertrand Burgalat.

Produced by Thelma Films, Appearances was co-produced by SND (which is also handling international sales) and by Belgian company Scope Pictures.

The Brussels regional investment fund is throwing its weight behind 11 new projects, five of which are being helmed by female directors 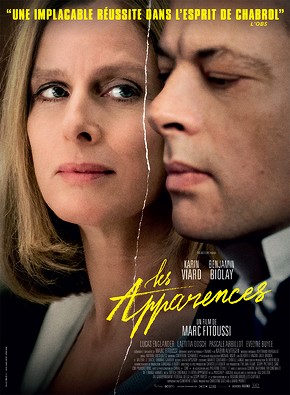 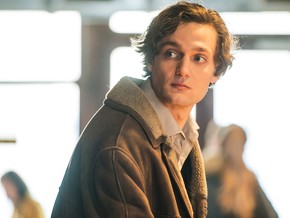