24/09/2020 - Colourful, vivacious and altogether joyous guilty pleasure from Nacho Álvarez, based on the songs of Raffaella Carrà — who taught us such important lessons as ‘making love is better in the south’

With the wonderfully diverse line-up the San Sebastián International Film Festival, we’re not limited to edgy experimentation, exotic intensity and celebrity documentaries. There’s plenty of room to kick up our heels and enjoy some good old-fashioned tomfoolery. Here to prove it is My Heart Goes Boom! [+see also:
trailer
interview: Nacho Álvarez
film profile], the début feature from Uruguay’s Nacho Álvarez. Just as Mamma Mia! [+see also:
trailer
film profile] managed to patch together a story entirely out of Abba hits, Álvarez’s film rollicks along to the dulcet tones of Raffaella Carrà, undisputed superdiva in both Spain and Latin America as well as her native Italy.

With such a sizzling premise, this sultry explosion of light, colour and nostalgia cannot fail to entertain. From the initial shock of the opening sequence, set on an aeroplane — reminiscent of Pedro Almodóvar’s I’m So Excited [+see also:
film review
trailer
film profile] — where the lead character (Ingrid García-Jonsson, giving it 100%) bursts into a song-and-dance routine, we quickly come to accept that we’re in for something akin to a house party, hoe-down or karaoke, with background choreography supplied by a bevy of glamorous dancers.

Amid all this joyful mayhem, the plot barely matters, but nonetheless the story follows a young woman who swaps Rome for Madrid, hoping to shimmy her way to small-screen stardom on shows presented by a Valerio Lazarov lookalike (played by Fernando Tejero). Divine divas, simmering feuds, lifelong friendships, wild excesses and (almost) impossible romances pepper a sappy comedy that sucks us in through the power of pop and the irresistible rhythms of Italy’s favourite showgirl.

Carried off on a wave of febrile revelry, the audience is left with only two options: run for the hills, or hum along merrily in a state of dolce far niente, bopping in our seats to the tune of hits like Lucas, A far l'amore comincia tu and Tanti Auguri.

A confection like this has been on the cards for years, ever since Daniel Rebner’s hilarious short film Coolness, in which a modern studies teacher tries to educate those who aspire to hipness on what they should and shouldn’t wear, read or listen to. On discovering a Roxette greatest hits CD in the possession of one of his protégés, his ire could not be more blistering — but when no one is looking, this tyrant of trendiness pockets the disk, keeping his secret, unspeakable passion for Swedish pop well under wraps.

It’s the same with Carrà. Although some may deny it, her songs are indelibly inscribed into our musical DNA. Resistance to this guilty pleasure is futile — and Nacho Álvarez knows it. All My Heart Goes Boom! has to do is bring it out of the closet and shout it from the rooftops, unabashed and unashamed, while we celebrate the “fantastic, fantastic party” to which we have all been invited.

My Heart Goes Boom! is presented by Tornasol and El Sustituto Producciones AIE, in co-production with Indigo Film (Italy) and RTVE and in association with Amazon Prime Video. The film is sold internationally by Latido Films and is due to hit cinemas in Spain on 2 October, distributed by Universal Pictures International Spain.

more about: My Heart Goes Boom!

"This film is an homage to the Italian diva"

Madrid will provide the backdrop for a new production starring two comic actors at the peak of their powers, Carlos Areces and Fernando Tejero

Colourful, vivacious and altogether joyous guilty pleasure from Nacho Álvarez, based on the songs of Raffaella Carrà — who taught us such important lessons as ‘making love is better in the south’ 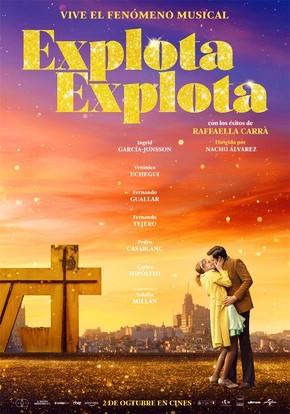 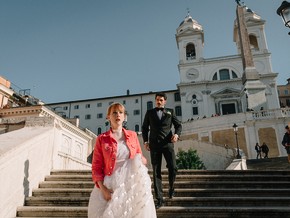 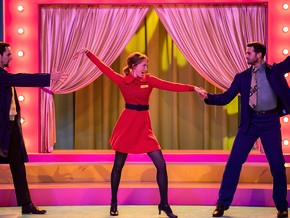 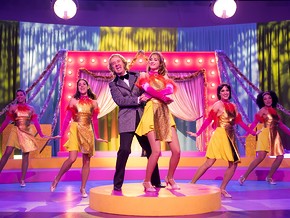