24/09/2020 - Presented at Venice’s Giornate degli Autori, the third feature film by Giorgia Farina is an unusual road movie which makes its way across Europe

An agoraphobic travel blogger who never sets foot outside her home and a TV journalist with a serious alcohol problem embark upon a journey across Europe in search of long-forgotten locations in Giorgia Farina’s 3rd feature film Romantic Guide to Lost Places [+see also:
trailer
interview: Giorgia Farina
film profile], which was presented in a Special Screening at the recent Venice Film Festival’s Giornate degli Autori, and which is released in Italian movie theatres today. It’s an intimate and moving dramatic comedy which reflects upon the concept of travelling itself and delivers an unexpected outcome.

A director and screenwriter with a delectation for dark comedy (her previous works were Amiche da morire [+see also:
trailer
film profile], which won her the David di Donatello award for Best First Film, and Ho ucciso Napoleone [+see also:
film review
trailer
film profile]), Farina now looks to be embracing tones of a more melancholic and reflective nature. Indeed, in the present story - written with Carlo Salsa and Heidrun Schleef – she focuses on two friends in pain who live in the same building, separated by one floor, but who actually meet for the first time in hospital, after he, blind drunk, finds himself in the wrong hallway and tries to enter the other’s home, at which point she is seized by a panic attack at having this stranger turn up at her door, and eventually loses consciousness.

Benno and Allegra, the film’s protagonists, are played by British actor Clive Owen and by Jasmine Trinca (this year’s David di Donatello winner for her part in The Fortune Goddess [+see also:
film review
trailer
film profile]), a strange couple who sometimes speak in Italian, sometimes in English, and who boast a twenty-year age gap and share a desperate need to travel. Only recently left by her young boyfriend (Andrea Carpenzano) who discovered her work trips were fabricated, Allegra finds herself without a companion for the five-stage trip which will form the basis of the titular guide; and so Benno, whose loving wife (the brilliant Irène Jacob) has booked him a place in an alcohol rehab centre before it’s too late (in the words of the doctor), decides against slipping into his jogging bottoms and taking up yoga, instead agreeing to accompany the blogger on a road trip which will see them travel from Rome to northern France, and on to Stanford in England where Benno grew up.

Allegra and Benno are both serial liars: in order to hide their weaknesses, especially from their respective partners, they’ve erected a scaffold of lies and flawless subterfuge, but now it’s beginning to falter. As such, their journey through lost locations (which includes two personal milestones) becomes an opportunity to return to the roots of their obsessions and their failures, and to see whether there’s still time for them to correct their course. Owen succeeds in enriching his somewhat cursed character with a range of nuances, from irony to melancholy, by way of love for his wife and a sense of helplessness in the face of his demons, right on through to self-destruction; Trinca’s character is less varied, typified entirely by anxiety and panic attacks.

But what really lends Romantic Guide to Lost Places its character and sets it apart from multiple other road movies, are the various stop-offs in the journey: a flooded church, a factory city, a rusty playground, an iron castle and a military base - five hugely fascinating and ruinous locations which we feel a need to visit. This is a rare example of a film actually becoming a veritable guide, both in name and in fact.

Romantic Guide to Lost Places is produced by Anastasia Michelagnoli and Rita Rognoni on behalf of Oplon Film and RAI Cinema, and in association with Lucky Red and IBC Movie. Distribution in Italy is in the hands of Lucky Red, while international distribution will be managed by Rai Com.

VENICE 2020: Giorgia Farina talks about her new film by Romantic Guide to Lost Places, starring Jasmine Trinca and Clive Owen, presented as a special event in the Giornate degli Autori

The festival dedicated to films which place an emphasis on nature and the land, created in memory of the poet and screenwriter Tonino Guerra, is unspooling online from 18 to 21 March

RAI Com makes its virtual way to Berlin with Regina, Freaks Out and Yaya e Lennie - The Walking Liberty

These are the star titles set to be touted by the Italian firm at the European Film Market, alongside Romantic Guide to Lost Places

Presented at Venice’s Giornate degli Autori, the third feature film by Giorgia Farina is an unusual road movie which makes its way across Europe 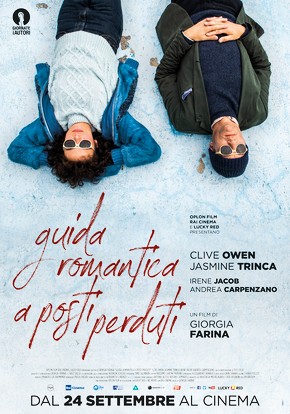 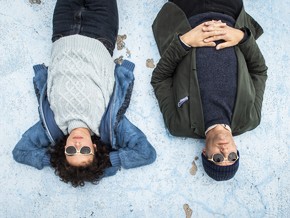 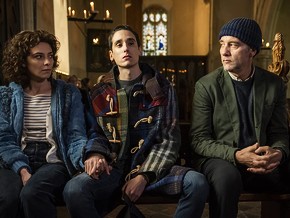