It's snowing and it's miserable. Of course it is; it's a movie by slow-cinema specialist Sharunas Bartas, who came to prominence in the 1990s with his snail-paced cinema delights Few of Us and The House, before falling out of fashion. Set in the winter of 1948, with memories of World War II writ large across the bearded faces of men wearing fatigues, In the Dusk [+see also:
trailer
interview: Sharunas Bartas
film profile] details the rise of the Lithuanian partisan movement. It was awarded a Cannes 2020 label and is now having its international premiere in competition at the San Sebastián Film Festival.

"Everyone has their own truth, but I believe there is only one," says white-bearded landowner Pliauga (Arvydas Dapsys) to his adopted son, Unte (Marius Povilas Elijas Martynenko), in a rare moment of confession. He also tells the 19-year-old not to be a liar, “like me”. This is probably information that Unte was well aware of, as he had earlier walked in on Pliauga kissing the maid at home. The opening is a Chekhovian-style family drama on a farm which depicts murder, adultery and venomous hate, all told in the austere, chilling, miserabilist manner of great theatre. It's a shame there are not more scenes with Pliauga's frosty wife (Alina Zaliukaite-Ramanauskiene) because, in the short time she has, she delivers such a chilling performance that she feels more threatening than the Red Army. But there is barely room for her, or any woman, in this father-and-son tale surrounded by blood.

In the Dusk was met with some resistance upon its domestic release last year. Bartas has argued that this was because some rose-tinted-spectacle-wearing, fact-changing, nostalgia-tinged audiences wanted his partisans to be more heroic and for them to end up victorious. On the evidence of the picture, deserving of its San Sebastián competition berth, Bartas is right not to want to rewrite history for the sake of entertainment nostalgia. This is a war movie about feelings, even though most of the characters struggle to have some themselves.

The action takes place amid nature, in houses built next to forests, and in the woods themselves. The interior scenes are lit by candles and gas lamps, which give these images the colour palette of a Rembrandt. The light shines brightly on faces, which is used particularly effectively when the Partisans are huddled around a table discussing tactics to free Lithuania. These are real faces, full of marks, spots and wrinkles. Bartas's movie is not so much a war film as a slow-burning study in lies. It will be a bit too slow-burning for some, even if there is a big dose of action when the Soviets arrive. Unte wants to be a heroic nationalist, but while he knows what he is fighting against, what is he fighting for? In this wintry environment, it's no surprise that everyone is worried that the next man is about to double-cross them. Will Unte be better than Pliauga? That's the question in a film that marks Bartas's long-overdue return to form without actually reaching the heights of his earlier work.

more about: In the Dusk

Interview: Sharunas Bartas • Director of In the Dusk

Spring Blossom to grace the Luxbox line-up at Cannes Online 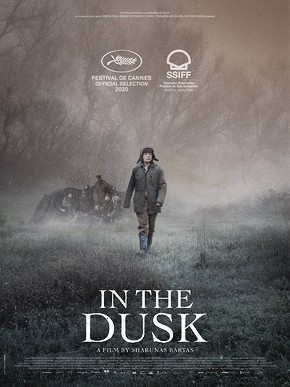 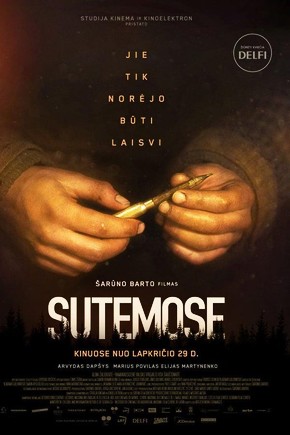