Shot on location in the green fields, damp streets and stone farmhouses of Navarra and Guipúzcoa, Rayo’s film has little in common stylistically with the work of Julio Medem, although certain scenes seem reminiscent of Medem’s films. On the contrary, it displays a terse sobriety and laconicism that serves to thicken the heavy atmosphere of latent oppression, primed for an explosive climax.

The story centres on a group of characters who are perturbed when human remains are discovered in the garden belonging to Fermín, father to Néstor, whose twin brother died under mysterious circumstances. There ensues a series of events that, following the trail of an investigation by two police officers, dredge up the past and rekindle old family animosities fuelled by vengeance and spite — the result of too many jealously guarded secrets left to fester over the years, painfully etched into their keepers’ memories.

Rayo has no intention of letting the viewer be a passive observer of this Spanish Twin Peaks. With the camera fixed in place, the actors occasionally step out of the frame, leaving us to piece together what is happening based on sound alone. Each of us must fill in the gaps for ourselves, making for a fuller and richer narrative experience. Despite moments when the audience might be reminded of the classic French police film genre (Jean-Pierre Melville’s Le Samouraï springs to mind), the tragedy that unfolds — vindictive, stifling and terrible — ultimately shifts into a tale of fiery redemption, leaving a trail of death, misery and misfortune in its wake.

We are left with a searing impression of sequences imbued with a sober beauty, peopled by tragic figures bearing old wounds that have never healed. By fixing the camera’s gaze on the characters’ faces, Rayo transmits a profound sense of unease and disillusionment. It’s a film of immense formal beauty and narrative daring, although a lack of information and some unsignposted time jumps may leave some viewers a little confused. A brave departure from the standard-format thriller so beloved of Spanish TV networks, it’s a shame that it falls just short of its potential.

Death Knell, set to be shown at the Busan International Film Festival (South Korea) next month, will be released in Spain on 20 November, distributed by Barton Films. The film was produced by Abra Producciones, in association with EITB.

"My film eschews the commonplace"

We chatted to Imanol Rayo at San Sebastián after he presented his second film, Death Knell, which glides effortlessly between thriller and tragedy 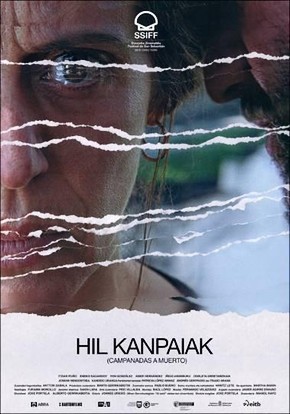 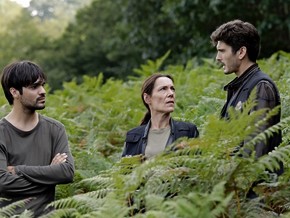 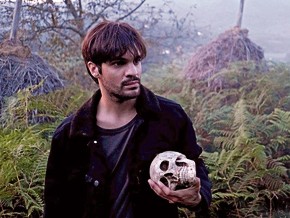