28/09/2020 - Piotr Domalewski’s second film investigates an experience common to thousands, if not millions, of Poles in a manner that would make Ken Loach proud

Zofia Stafiej in I Never Cry

The central character in his new effort is 17-year-old Ola (stunning newcomer Zofia Stafiej), who has to become the “head of her family” in a matter of mere hours. She is just your regular teenager – texting a cute guy, hanging out with friends and trying to pass her driving test because her father, who has been working in Ireland for several years, has promised her a car.

However, the series of terrible events starts when Ola flunks her test for the third time in a row and learns that her father has died on a construction site abroad, where he was working. Her mother, who is taking care of her disabled brother and speaks no English, is unable to go to Ireland to claim his body. Ola is reluctant to do so at first – she has no emotional connection with her father, who didn’t come to visit his Polish family much – but when she arrives in Ireland, she starts to get to know him posthumously and becomes more invested in her mission, which, just like the life of an adult, gets increasingly complicated.

Ola is a force of nature: if someone slams the door in her face, she finds a window to climb through. We see her character in constant movement, as she either walks, marches or runs the whole time. Her desire to get a driving licence and have her own car is a central metaphor for her dream of being independent and in control of her life. The main performance by first-time actress Stafiej is powerful and impressive. She is alluring in scenes focused only on her character, as well as in those where she has to partner with much more experienced actors (the similarly superb Kinga Preis and Arkadiusz Jakubik).

Domalewski’s film tackles the subject of mass economic emigration that started after Poland joined the European Union. Thousands, if not millions, of families were separated: kids grew up without their parent or parents, missing them greatly or suffering some kind of phantom pain – just as an amputee feels discomfort in place of a missing limb. For some reason, only newspapers and writers discussed or investigated this phenomenon of the so-called “Euro-orphans”, and Domalewski is the first feature-film director who has shed any light on the subject. He follows his characters with curiosity and empathy, and he is focused on showing the consequences of living a life without a family, rather than simply accusing the social system that’s responsible for the situation.

I Never Cry, a Polish-Irish co-production, was written by Domalewski himself, and was staged by Jan Kwieciński (Akson Studio) and Julie Ryan (MK1 Production). The film was released in Poland by Forum Film on 25 September, and the international rights are handled by Wide Management.

more about: I Never Cry

“I don’t really pick a subject or a story; I focus on a theme”

Cineuropa talked to Piotr Domalewski, whose sophomore film, I Never Cry, was presented in San Sebastián’s New Directors section and was released in his native Poland in late September 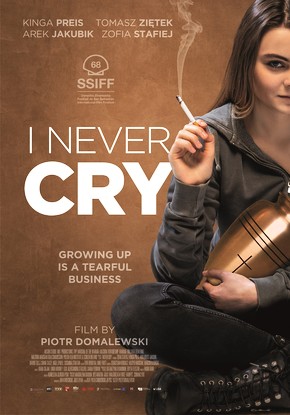 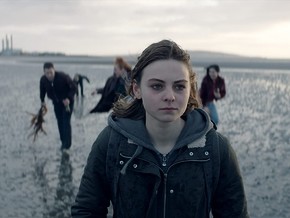 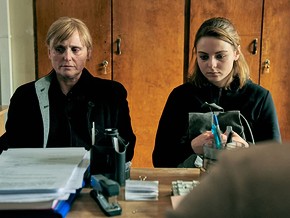 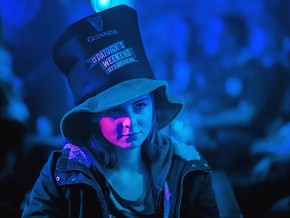