29/09/2020 - Named Best Film at the Annecy Italian Film Festival, Mario Piredda’s debut work is a powerful portrait of Sardinia, focusing on a young and tenacious protagonist who is fighting for her father’s life

Nora Stassi in The Lamb

Sardinia is home to some of the biggest NATO military bases in the Mediterranean, which experiment with new weapons. For some years now, in the surrounds of these areas, a very high number of tumours have been recorded among the local civilian population, linked to the use of radioactive powders in military training. It’s on the margins of one of these vast areas, fenced off by barbed wire and demarcated by signs bearing the warning “Restricted Area”, that 40-year-old director Mario Piredda (handed the 2017 David di Donatello for his short film A casa mia) has set his debut feature film The Lamb, a work which triumphed at the recent Annecy Italian Film Festival, winning the Best Film trophy, the Audience Award and the Young Jury Award in one fell swoop.

The Lamb, however, isn’t a film of social denunciation; the soldiers and their armoured vehicles remain firmly in the background. This is first and foremost the story of a great love between a daughter and her father, and, at the same time, the portrait of a rough, ancient land and its people. When the film’s 17-year-old protagonist Anita (Nora Stassi) asserts “they’re killing us off, one at a time”, no further explanations are given. Instead, the film focuses on the illness of her father Jacopo (Luciano Curreli), and the girl’s fight to save his life, having already lost her mother. Between one chemotherapy session and the next, they wait for news of a bone marrow donor, but the waiting lists are long and help might arrive too late. Neither she or her shepherd grandfather (Piero Marcialis) are a match, but her ex-drug addict uncle (Michele Atzori), whom Jacopo cut contact with some years earlier and who doesn’t want to know about his ailing brother, just might be. Anita will do everything in her power to bring her uncle round.

With her long, fiery-red, tousled hair, her tattoos and her face piercings, the indomitable and ironic Anita (aka young Stassi, who quite literally pops on screen) is the real heart and soul of this film which, despite its serious subject-matter, doesn’t scrimp on much-needed moments of light-heartedness. It’s the friendship and complicity between Anita and her father, the unusual way they have of relating to one another and of daydreaming together, which make each and every scene they share surprising and diverse. The dialogue is blistering, expressing wild, fierce and forthright characters. And the more the peculiarity of this father-daughter relationship emerges - with their humour and tendency to downplay situations (“if you die, I’ll be offended, I won’t talk to you anymore”) - the more we feel part of Anita’s desperate battle against time and against family feuds to save this parent of hers, with whom she also shares a love of the drums.

And then there’s the lamb: an actual flesh and blood character in the film, who is, in fact, the first to appear on screen at the beginning of the film, following its birth. The lamb’s mother dies shortly after labour, which is why – Anita’s grandfather explains – the lamb, too, will also die soon. Anita takes it home, nurtures it and raises it into a sheep. In some respects, he’s her double (“I’ve also been left without a mum, but I’ve never stopped eating”). And just like her, he holds on, grows up and lives his life.

The Lamb is produced by Articolture (Italy) and Mat Productions (France) together with RAI Cinema. Having debuted at the 14th Rome Film Fest in the Alice nella Città section, and scooped itself the Suso Cecchi D'Amico Screenplay Award in July, the film is now continuing its successful tour of the festival circuit: recently screened at Prague’s FebioFest and at Annecy, further stages in the film’s journey include Moscow, Istanbul, Cinemagic London, CPH PIX and the Lucas Film Festival. International sales are in the hands of Rome-based TVCO. 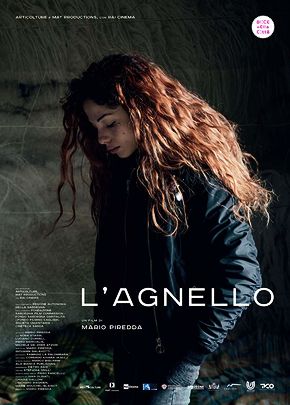 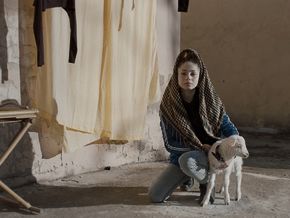 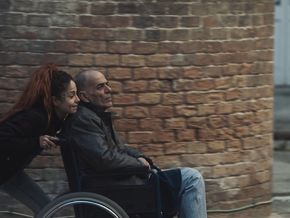