30/09/2020 - In his fourth feature, following the successful Losers, Ivaylo Hristov looks at the refugee issue in Europe with fresh eyes

Five years after a rock band disturbed the quiet life of a provincial town in Losers [+see also:
film review
trailer
interview: Ivaylo Hristov
film profile], Bulgarian director Ivaylo Hristov uses a similarly disruptive apparition in his fourth feature, Fear [+see also:
trailer
film profile], currently being shown in the competition of the 38th Golden Rose Film Festival (Varna, 24 September–1 October). With the refugee issue having been explored in so many ways in recent features, Fear puts a funny spin on it, cheerfully commenting on both small-town xenophobia and a pan-European attitude towards those less fortunate.

In his fourth feature, following the successful Losers, Ivaylo Hristov looks at the refugee issue in Europe with fresh eyes 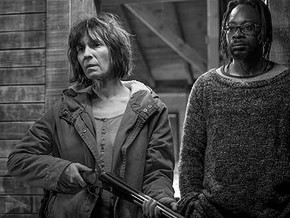