In their début feature film Madly in Life [+see also:
trailer
interview: Raphaël Balboni & Ann Sirot
film profile], which is opening the Namur International Film Festival today, 2 October, Raphaël Balboni and Ann Sirot address a serious subject with emotion and humour: what do we do when our parents revert to a state of childhood? Should we put our lives on hold while we wait for theirs to end?

Thirty-somethings Alex (Jean Le Peltier) and Noémie (Lucie Debay) would like to have a child, but their plans are turned upside down when Suzanne (Jo Deseure), Alex’s mother, starts to make some whopping errors of judgement, owing to the fact that she’s developed "semantic dementia", a neurodegenerative illness which affects her behaviour. She spends without restraint, pays nocturnal visits to her neighbours to make toast and fashions herself a fake driving license using scissors and glue... Suzanne the mother is transformed into Suzanne the unmanageable child.

It’s around this paradox that Alex, Suzanne and Noémie’s story unfolds: is it really the right time to have a child when your mother seems to be reverting back to childhood? Just when they’re getting ready to bring forth new life, Suzanne’s appears to be slipping through her fingers. And yet the latter has never looked so alive. Alternately overwhelmed and determined to make things work, Alex will take fully responsibility for his ailing mother whose independence is dwindling right before their eyes.

Clearly, illness isolates the sufferer, but it has a similar effect on the patient’s entourage. Ultimately, it’s Noémie’s sober yet loving outlook which allows Alex to embrace his mother’s illness and accompanying folly rather than fight it. Because, strangely, just as Suzanne’s mental alienation liberates her, relieving her of all inhibition, her son must also learn to shake off his self-consciousness. What exactly does this illness tell us about our comfortably straightforward, perfectly centred lives, when all is said and done?

In tackling this subject, the filmmakers have opted for a life-affirming approach. Thanks to their particular method of working, the film’s striking set up and its delicate yet deeply moving balance between humour and emotion, they manage, without ever shying away from the gravity of the situation, to address a heavy subject with imagination and light-heartedness, finding a clever solution to the rich equation made possible by cinema: a tragic background multiplied by a comic form equals emotion.

The particular method employed by Sirot & Balboni consists of starting with what they call "opportunities" (actors/actresses they want to work with, locations they want to shoot in), developing their story as they go. The script is written over the course of numerous rehearsals, little by little. The actors/actresses, their bodies and their personalities, but also the décor, all contribute towards the story, which evolves like an organism composed of all these parts, from the time of its conception.

In this instance, economy of means is transcended by clever and meaningful formal creativity, demonstrated by those scenes where the couple and Suzanne are confronted with the outside world, which were filmed in just one studio. The process of developing the story in close collaboration with the actors lends the film a striking feeling of truth and gives the impression that all of us are, ultimately, madly in life.

Madly in Life is produced by Julie Esparbes on behalf of Hélicotronc. Sold worldwide by Be For Films, the film will be released in Belgium on 4 November, courtesy of Imagine Film Distribution.

more about: Madly in Life

"To maintain a balance while treading a fine line"

We met with Raphaël Balboni and Ann Sirot, who were presenting their debut feature film Madly in Life in the opening slot of the Namur International French-Language Film Festival

Jérôme Vandewattyne is shooting a “UFO”, The Belgian Wave

The young Belgian director who turned heads with his decidedly off-beat, self-produced movie Spit’n’Split is currently filming his latest work

The musician, author, actor and director has just kicked off filming on his debut feature film, starring Marc Zinga and Lucie Debay

The regional investment fund is throwing its weight behind 13 new projects, including the new movie by the directors of Madly in Life which bagged the Magritte for Best Film

The Film and Audiovisual Centre announced its support for new, lightweight-production feature films to the tune of €125,000

Two first films –one by Ann Sirot and Raphaël Balboni, and the other by Laura Wandel - scooped almost all the trophies at the awards ceremony’s 11th edition 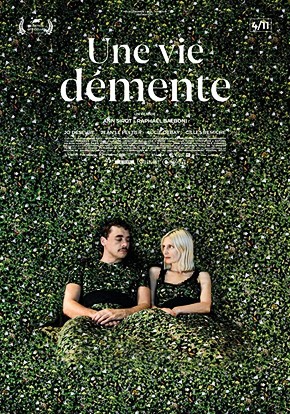