02/10/2020 - Juan Palacios paints a portrait of a deserted Spain, where his grandfather lulls himself to sleep by counting the empty houses in his village, while the sheep caper in the meadows

Those of us born in rural Spain will have encountered the envy of certain dyed-in-the-wool urbanites — not only of our long childhood summers, splashing in the river by day and hunting geckos by night, but of their idealised view of village life as some kind of utopia, a paradise of boundless fun and freedom. But having grown up there, we know that life in the countryside is not as idyllic as it is in their minds. Juan Palacios makes this crystal clear in a sequence of his second feature-length film, Inland [+see also:
trailer
film profile], following up outings at Gijón, L’Alternativa and CPH:DOX with a screening at Palma de Mallorca’s MajorDocs.

It would be inaccurate to describe it as a straightforward critique of small-village life, a world where time seems (almost) to stand still. On the contrary, Inland — although unafraid to confront the darker side of that world — transmits more passion than wariness, more empathy than aversion and more poetry than journalism. It’s an affectionate, immersive journey into a microcosm he knows like the back of his hand: his grandparents’ village, Sitrama de Tera, in Zamora, where he has spent many months of his life.

Indeed, Palacios’ grandparents are among the most authentic and memorable characters to wander across the screen, attending to everyday tasks like washing beans with the serenity that only comes with time and forbearance. Thanks to watchful and sensitive camera work, we also meet the last two little girls in the community as they play on a nearby mountain, the custodian of gruesome legends. Then there’s the fishmonger, who brings the tastes and smells — and, he maintains, the sounds — of the ocean to the arid plains of inland Spain. Most intriguing of all are two musicians, brothers who, as Los 2 Españoles, enjoyed a fleeting fame in the 1970s with the anthemic Monumento al camionero.

In fact, sound is the film’s most evocative device (the cicadas’ summer chorus is surely the Proust’s madeleine of anyone who spent their childhood in rural Spain), transporting us through a funnel of memories to a new-found appreciation for a way of life that — given today’s public health concerns — might yet survive. In Inland, Palacios, who now lives in the Netherlands, has gifted us a 75-minute soak in a warm bath of forgotten sensations and emotions. His grandfather’s admission that he falls asleep each night not counting sheep, like everyone else on the planet, but counting the number of abandoned homes in his village; the contrasting images of laundry being done in the stream, with a washboard and a wringer, and a spinning washing machine; a flock of sheep (no longer required to do anything in particular) followed closely over the dusty plains until, nonchalant, they cross a highway that no car ever travels... These are the unforgettable images of a clash between eras, between nature and civilisation, between the old and the new. The rural philosophy has managed to accommodate these contradictions more successfully than any of those who fled to the city... Although wistful urbanites would never know it.

Inland is presented by Doxa Producciones. It is scheduled for general release in Spain on 23 October, distributed by Atera Films.

The 63rd edition of Zinebi is readying its fourth professional forum for documentary movies, set to unspool on 16 and 17 November

Lur Olaizola Lizarralde and Zuri Goikoetxea have been selected to take part in the gathering involving up-and-coming filmmakers from all over the world, which is unspooling online

Ainhoa Rodríguez immerses us in deepest Extremadura, where women yearn to release themselves from the yoke of the patriarchy, while enjoying their lively female-only social gatherings

Juan Palacios paints a portrait of a deserted Spain, where his grandfather lulls himself to sleep by counting the empty houses in his village, while the sheep caper in the meadows 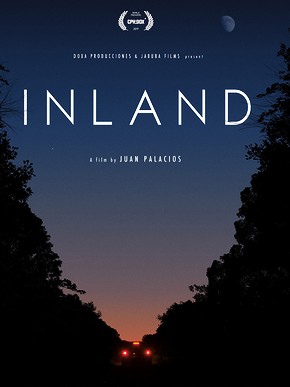 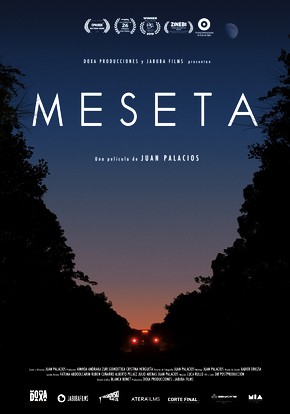 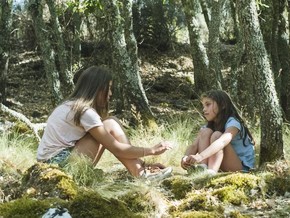