05/10/2020 - In their glorious documentary, Michael Dweck and Gregory Kershaw advise us to leave the gun, take the fungus

Granted a gala premiere at the Zurich Film Festival, it seems that Michael Dweck and Gregory Kershaw’s Cannes 2020 label documentary The Truffle Hunters [+see also:
trailer
interview: Gregory Kershaw and Michael…
film profile] – a co-production between Italy, Greece and the USA – has already become one of the breakthrough hits of the year, following its Sundance showing. There is a good reason for this, too, as it would be hard to find a more effective crowd-pleaser, with its irresistible combination of a rather bonkers story and plenty of heart-melting shots of people talking to their beloved dogs. In other words, it’s time to embrace the buzz. If it were the Tiger King of this year's pandemic, everyone would be much better off.

Whisking us away to Northern Italy, the home of the white Alba truffle, Dweck and Kershaw plunge us into a world of little secrets and lies – it's hilarious to witness the hunters, usually well into their eighties and uniformly male, engage in lengthy conversations, already well aware that not an ounce of truth or any useful information will come out of it anyway. But the directors show that even the most highly skilledhunters can be duped at one point as, isolated in their own universe, they know very little about how precious their cargo actually is. What they sell for a few hundred then changes hands for thousands. “I have no way of knowing what a fair price is!” exclaims one of them, exasperated, which pretty much sums it all up. But given the competition and, yes, the lack of communication, all they can do sometimes is to get really pissed off.

It’s truly quite a selection of odd characters making an appearance here, more eager to take their secrets – and especially the location of their favourite truffle spots – to their grave than to share it with anyone else, and living their life according to one rule: “Trust your dog.” But for all its oddness, their community is already well versed in the routine, and even a local priest doesn’t think twice before giving someone a blessing so that he can continue “his work as an outstanding truffle hunter”. With his dog, understandably, getting some divine attention as well.

Is it all cute and delightful? Not really, not with the back-alley deals going on or shady experts smelling out the best truffles for presidents. Climate change plays its part, and so does the threat of deforestation, looming over their heads all the time. But even though discussions are often held at the table, like in any self-respecting mobster flick, the approach is to leave the gun, take the fungus. As opposed to the cannoli.

There is a strong whiff of other popular films about folks sticking to the old ways in The Truffle Hunters, caring less about money and more for their freedom – in this case involving a clandestine night-time stroll with a dog, hoping the disapproving wife won’t see. But that seems to be of little importance when a film is a delight from start to finish, bound to find viewers way, way beyond the festival circuit. And if its success influences the price of truffles again, so be it. Maybe the men behind them will finally get their share.

Produced by Michael Dweck and Gregory Kershaw, The Truffle Hunters was staged by Italy’s Frenesy, Greece’s Faliro House Productions, and US outfits Artemis Rising Productions, Bow and Arrow Entertainment, and Park Pictures. The international sales are handled by Submarine Entertainment.

more about: The Truffle Hunters

In their glorious documentary, Michael Dweck and Gregory Kershaw advise us to leave the gun, take the fungus 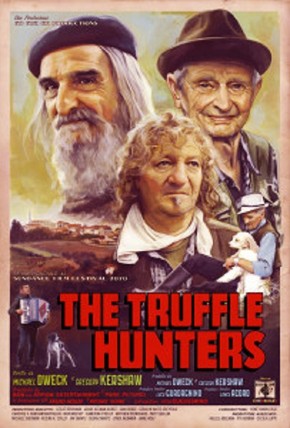 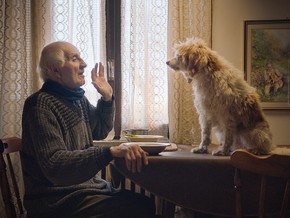