Selected to compete in Annecy and a product of France’s Gan Foundation, Joann Sfar’s new animated film Little Vampire [+see also:
trailer
film profile] is now screening at the Namur International French-Language Film Festival ahead of its cinema release in France (distributed by StudioCanal) on 21 October and in Belgium (distributed by Anga) on 28 October.

As a comic book author, an illustrator, a novelist and a director, Sfar certainly has more than one string to his bow, and with Little Vampire - adapted from the first volume of adventures embarked upon by the hero of the same name, which was released in 1999 and has sold over 320,000 copies - he’s targeting younger readers just as much as their parents, who follow his work across various media.

Little Vampire is bored. He’s been ten years old for three hundred years and he wants to go to school to find himself a friend. Michel is an orphan who’s prone to problem behaviour at school and who finds himself quite at ease upon discovering the enchanting universe of his undead buddy. The friendship between the two boys is instantaneous, but the terrifying Gibbous, a supernatural, moon-headed creature who has sworn to destroy the joyful little community of living dead, insists on throwing countless obstacles in their path.

This undead youngster makes his way through adventure after adventure, thanks to the mischievousness and recklessness of our pint-sized hero, but also to the brilliantly drawn gallery of characters who try to outdo each other with witty words and funny retorts. And of course, there’s Little Vampire and his friend Michel, friends for life but crucially in death, who find what they need in one another to heal their respective wounds: Little Vampire, for obvious reasons ("I’ve been 10 years old for 300 years, I’m bored"), and Michel because as an orphan, he finally finds an audience of friends who don’t look at him with pity, allowing him to feel (relatively) normal, at last.

As funny as each of the characters is, with special mentions going to Fantomate, the rather quick-tempered but seriously endearing bulldog with an irresistible Marseille accent, and Marguerite, a romantic neo-Frankenstein who cries when baddies lose in films, it’s the flaws of Sfar’s characters which really set them apart. These are souls in search of love, battered by life – and death ! – but trying their level best to do what they can with the hand they’ve been dealt, even the big baddie Gibbous, who’s never been taught that love can’t be forced.

We don’t feel bored for a single second thanks to the inventiveness and richness of the universe created by Sfar, and the film’s winning artistic direction. Especially memorable is the beauty of the landscape when the protagonists’ two ghost ships run aground, a vibrant and sunny region loosely calling to mind, and evoking a certain sense of nostalgia for a fantasised version of the South of France, a port city lined with quaint cobbled streets. There’s also the brilliantly illustrated idea of a hide-and-seek portrait, where the mini-undead chase one another from canvas to canvas and from universe to universe, not to mention the beautiful love letter that’s penned to the horror films of the 1960s in the form of the brilliant film-club organised by Little Vampire and his friends.

As for the acting performances, these are on a par with the overall unabashed and impertinent tone of Sfar’s work, led by the surprising and delightful trio composed of Jean-Paul Rouve, Camille Cottin and Alex Lutz.

Little Vampire is produced by the director’s own company Autochenille Productions, in league with StudioCanal and France 3 Cinéma, and by Panache Productions and La Compagnie Cinématographique on the Belgian side.

Production, funding, distribution: a focus on the main trends in the 2016 report on the animation market published by the CNC 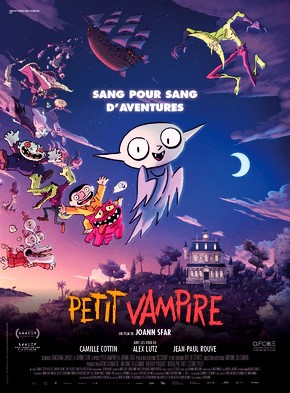 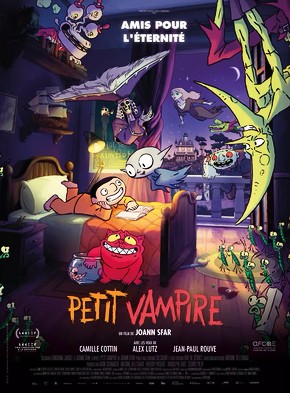 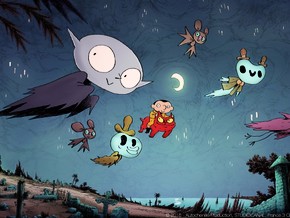 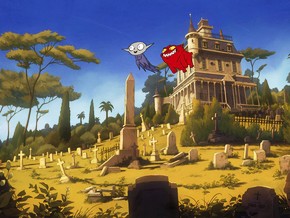