Clare Dunne (far left) in Herself

The story of Herself, written by Malcolm Campbell (What Richard Did [+see also:
film review
trailer
film profile]) and Irish actress Clare Dunne (who also plays the film's lead character), revolves around the misfortunes of a young Dublin-based mum called Sandra (Dunne), who is struggling to provide her two young daughters, Molly (Molly McCann) and Emma (Ruby Rose O'Hara), with a safe, happy home after fleeing an abusive relationship with her ex-husband Gary (Ian Lloyd Anderson). A turning point in her devastated life seems to come when her employer Peggy (Harriet Walter), a retired doctor, gifts Sandra a plot of land in her garden and lends her some money to build her own house.

The drama opens with a casual, jolly conversation between Sandra and her two daughters, followed by a short feel-good scene that sees the trio dancing and singing while Sia's hit “Chandelier” plays on the radio. The idyll is interrupted by the arrival of Gary, who turns off the radio and firmly asks the two children to go outside. When the couple remains (presumably) alone, Gary brutally beats his wife, with unimaginable violence. One of her two daughters, however, has previously been warned by her mother and, instead of staying in the back garden, runs to a nearby shop to seek help. This marks the end of a rather engaging prologue, and we come to understand that Sandra is now in temporary accommodation with Emma and Molly, and Gary is authorised to see them only once a week.

The film tells the uplifting story of a woman who tries her best to protect herself and her family. Besides a few, rare moments of joy, the brutality of the prologue sets the tone for the whole piece. Overall, Herself favours realism, and its narrative possesses very little sugar-coating.

Dunne delivers an excellent performance, and her character is surely tailor-made for her. She manages to portray a resilient woman who is nevertheless not immune to remorse or doubts about her troubled life, her relationship with the people she loves and her failed marriage. The supporting cast does a fair job, too, and Walter and Anderson stand out from the crowd. The former plays a sort of compassionate, energetic “guardian angel”, while the latter shows the typical ambiguity of a violent man who has many unresolved conflicts with himself and his family.

The only sour note is perhaps the addition of David Guetta and Sia's “Titanium” while Sandra and her friends are making progress on the construction of her house. The song seems out of place and, even though the lyrics may hint at Sandra's willpower and self-confidence, it seems to be an overexplanatory choice (at best) and does not blend in well with the visuals or the tone of the story.

In summary, Lloyd's piece is convincing and gripping. The themes chosen are pressing and represent an urgent wake-up call, highlighting toxic patriarchy, the hardship of single motherhood and the endless housing crisis affecting the country.

Herself was produced by Ed Guiney and Rory Gilmartin for Ireland’s Element Pictures, together with Sharon Horgan and Clelia Mountford for British outfit Merman. The film was scheduled for theatrical release on 18 October, but this has been pushed back following an announcement made last week.

BERLINALE 2022: The Irish actress, also a screenwriter, talks about acting and writing, the topics she is interested in... and maybe casting her fellow Shooting Stars in one of her stories

The feature, starring Mark Strong and Eva Green among its lead actors, follows a fashion designer who suffers from a mysterious illness 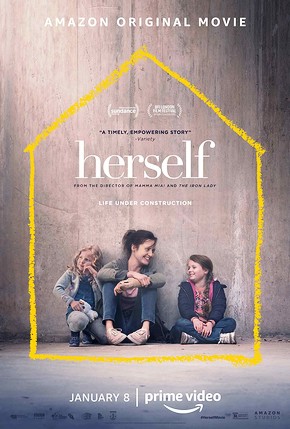 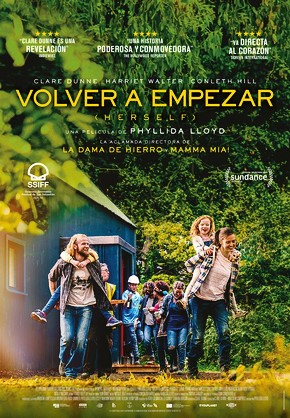 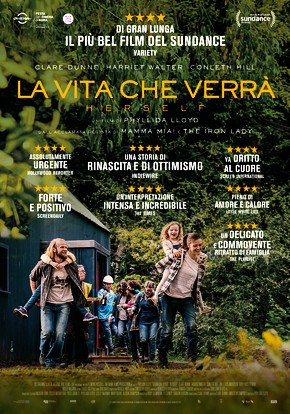 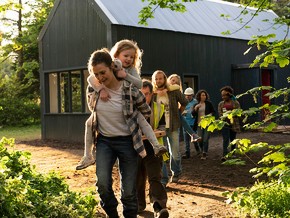