12/10/2020 - Giedrė Žickytė’s documentary centres on the moving story of the Kudirka incident, known for several years as the US Coast Guard’s “Day of Shame”

The Jump tells the convoluted story of Lithuanian sailor Simas Kudirka. The narration begins on 23 November 1970, as a Soviet vessel is anchored just off the shore of Martha’s Vineyard, and the man decides to jump across the icy waters onto the American boat in a desperate bid for freedom. The US Coast Guard, however, returns him to the Soviets, and he is then tried for treason. The incident sets off a series of protests throughout the United States and marks the beginning of a long political battle to save him from the hell of the concentration camp.

The film opens with some US archive footage documenting the crisis caused by the Kudirka incident and several political reactions. The protagonist, now 90 years old, is introduced in a beautiful shot showing him slowly advancing towards a lake in Pilviškiai, with his back to the camera, and then hesitantly diving into the cold water. The story of the crisis is told in its entirety, showing the arrival of the vessel at Martha’s Vineyard, the encounter with the US Coast Guard, Kudirka’s arrest, the efforts of Lithuanian-American activists, such as Daiva Kezys and Grazina Paegle, until Kurdirka’s release, and his happy years spent in New York.

Initially, the American Dream chased by Kudirka seems to be depicted in an idealistic way. However, the documentary gains more depth when we clearly understand that, even though a life spent in the free world was something essential for the Lithuanian sailor and his family’s well-being, the man’s release was, at least in part, the result of strong political interests, extensive media coverage and the chance for him to claim US citizenship through his mother. This is particularly evident through the words of S Paul Zambakis, lawyer and speechwriter of then congressman Robert Hanrahan. “There are about 40,000 Lithuanians in this district, and we can get them to vote for you,” he says while suggesting that Hanrahan publicly support Kudirka’s cause, and later adds that, after all, everything “was practical, not idealistic; it was good politics”, useful for securing the politician’s re-election.

Another scene attempting to counter the idyllic representation of the American Dream shows an interview with Kudirka, who, in broken English, candidly explains how Americans are rich and lucky, but do not fully appreciate what they have, wasting too much and throwing away things that still work – in fact, he discloses that the TV that he owns was salvaged from the rubbish.

It is also worth mentioning the role played by the 1978 dramatisation of Kudirka’s story, David Lowell Rich’s television movie The Defection of Simas Kudirka, starring Alan Arkin in the title role. The programme contributed to spreading Kudirka’s story across the States and had some emotional impact on the old man himself, as viewers will find out in the film’s final stages.

In conclusion, Žickytė’s documentary is an elegantly shot and edited portrait of Kudirka, whose vicissitudes reveal some new, interesting takes on the historical event itself and, more generally, the Cold War years. The story is brilliantly told and rich in surprises, and The Jump is surely one of this year’s unmissable non-fiction titles.

The Jump was produced by the director herself for Moonmakers (Lithuania) and Uldis Cekulis for VFS Films (Latvia), and co-produced by Catherine Simeon for Faites Un Voeu (France) and Daniel J Chalfen for Naked Edge Films (USA), in association with pubcasters France Télévisions, SVT, YLE, LTV and ERR. Other co-production partners include broadcasters LRT, WDR, MDR and ViàVosges. Its international sales have been entrusted to MetFilm Sales.

more about: The Jump

Giedrė Žickytė’s documentary centres on the moving story of the Kudirka incident, known for several years as the US Coast Guard’s “Day of Shame” 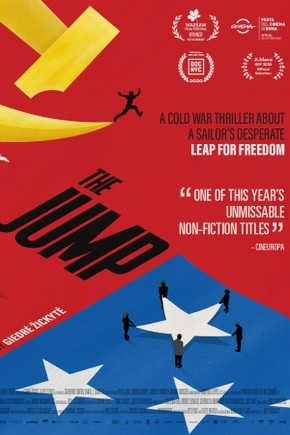 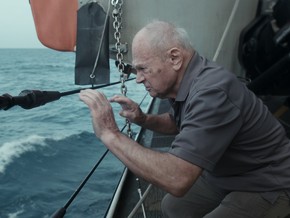 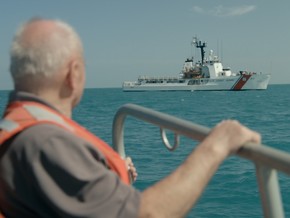