Asia is the world’s largest and most populous continent, but its secondary meaning is as a fairly uncommon female name. It can also be spelled Asa, or Aja, like Steely Dan’s 1977 jazz-pop masterpiece. The lead character in Ruthy Pribar’s first feature is named Asia, a perfect symbol for her displacement in Israeli society as a single mother and Russian immigrant. Her sorrow and endurance, in the small landmass of Israel, can feel as vast as a continent. Already garlanded with three prizes from its premiere at Tribeca, and an impressive 11 from the Israeli Film Academy Awards, Asia [+see also:
trailer
film profile] is now having its European premiere in competition at the Warsaw Film Festival.

Already in her debut full-length work, Pribar shows an early mastery of the subtle domestic drama. This is a film that develops and grows on you, seeming initially conventional, but drawing out its themes and emotion with skill. A two-hander, Alena Yiv as Asia is well matched by young actress Shira Haas (who shone in this summer’s Netflix hit Unorthodox), playing her teenage daughter Vika. Unusually for a film depicting family life, where one must suspend their disbelief to see its actors as related, Haas and Yiv look very much alike, and have the authentic prickliness of a group of people in an unhappy shared living space. There is also a welcome feminist edge to this story of motherly duty, compounded by the largely female production team below the line.

The film begins with Pribar (who also scripts) tracking the daily routines of her two main characters. Even though the activity is prosaic, the viewer is initially kept in a mysterious space, as Pribar unveils the full context behind each action only gradually. Asia is first seen in an upmarket-looking bar, tearing up the dance floor, and then propping herself up at the counter as if expecting a bevy of male suitors to swarm around her. She returns home to her very unhappy-looking daughter, lying subtly that she was working late in her demanding job as an elderly care nurse.

Vika, by contrast, can’t enjoy her burgeoning adulthood in quite the same way. She has a serious illness that worsens as the story progresses, which is unspecified but has the symptoms of polio (decreasing motor skills, lethargy). Attempting to impress boys she met at a local skate park, Vika smokes dope together with her more confident friend Natali (Eden Halili) and ends up in hospital with an infection. Later, she’s confined to a wheelchair, but this creates an unusual change in her mother, causing her to shrug off the apathy that has defined her recent life.

When it is clear where the narrative is heading, alarm bells may ring in the viewer, cautious of the mawkishness and sentimentality which is an occupational hazard in these films. On paper, Asia looks like a simple dramatisation of living and dying with illness, akin to a conventional TV film, or Babyteeth from last year. But Pribar makes us privileged observers of this painful situation, with a skill that reminds us of the tragedies all families can endure. Mia Hansen-Løve’s naturalistic character studies are a flattering comparison, as is Mike Leigh with his focus on the small, everyday stuff – hard work, fleeting pleasures and family meals – that most films evade.

Pribar’s filmmaking technique also feels uninflected and plain in the early stages, but by the final act, we realise how she’s been accruing detail to finally break our hearts. Close-ups are used astutely, and she has a beautiful near-split-screen shot of their tiny apartment interior flanked by a wider residential landscape of similar-looking high-rises. We see the pleasing Mediterranean climate of Jerusalem, bathed in natural light, but her characters, as outsiders who speak Russian at home, rather than Hebrew, are restricted from fully taking pleasure in it.

Asia is a production of Israel, staged by Yoav Roeh and Aurit Zamir for Gum Films. Intramovies is handling the international sales.

The Hater wins the International Narrative Competition at Tribeca

Jan Komasa’s latest feature has come out on top at the postponed New York-based gathering, which announced its winners online 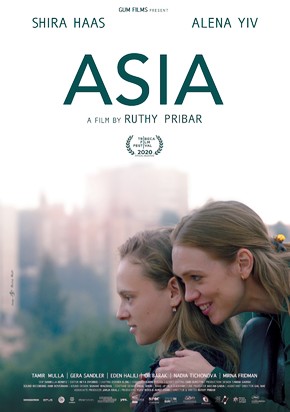 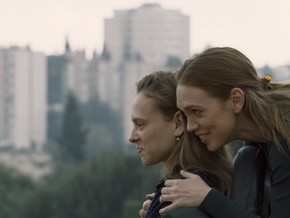 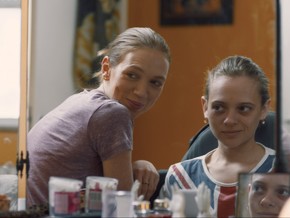 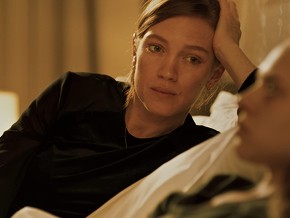