14/10/2020 - Winner in Annecy, the second feature from Rémi Chayé is a gorgeous, feminist coming-of-age western set in the American Far West

"You’d better take a hold of your daughter! I will never tolerate this kind of outfit in our community!" No, this isn’t 2020 at the time of wild controversies about braless French high school girls and their crop tops, but 1863, in the convoy crossing the American Far West towards the promised land of Oregon. But who is provoking the anger of the pioneers in this way? An impulsive and stubborn 11-year-old who has decided to wear trousers instead of a skirt, and to cut her hair short. This precocious rebel yearning for freedom will become a legend of western mythology under the name Calamity Jane, but for now she is just a promising teenager whose younger years have been reimagined by talented French animation filmmaker Rémi Chayé (with his co-writers Sandra Tosello et Fabrice de Costil) in Calamity, a Childhood of Martha Jane Cannary [+see also:
trailer
interview: Henri Magalon
film profile]. This very alluring film of a sophisticated simplicity, a dynamic vector of positivity, won at the Annecy Animation Film Festival and is released in French cinemas by Gebeka on 14 October.

“We never should have taken this family in.” One horse carriage among many, moving slowly across the Rocky Mountains and through expansive plains, at the mercy of the whims of the wilderness and coming together into a circle when the sun goes down, the carriage in which the Cannary family lives isn’t doing so well. There is no mother, since she died. Meanwhile the father is clumsy in a very harsh and dangerous environment where each misstep slows down the entire convoy, and he does eventually hurt himself. The Cannarys are also the poorest of the group, but as Martha Jane says while taking care of her little brother and sister, “that doesn’t give them the right to insult us.” The very young girl always speaks her mind, and has no interest in simply walking ahead of the carriages, picking up wood, bringing back water, preparing the meals, looking after the little ones — long things short, in behaving like a woman like the others according to the ambient male logic of things. Instead she dreams of holding the reins, of galloping fast, of playing with her lasso, of exploring the unknown. But events will soon make her grow up fast, draw her into dangerous adventures and towards unexpected encounters, accelerate her metamorphosis into a girl equal (if not superior) to the boys.

An eventful road movie (with good guys and bad guys, conflicts over who should control the convoy, a resourceful and Huckleberry Finn-like orphan, soldiers, miners, a widow with a strong character, etc., all the elements of a self-respecting western) taking place against striking vistas, Calamity, a Childhood of Martha Jane Cannary favours the simplicity of the line in an explosion of colours. A very judicious visual strategy which also highlights the bluegrass music composed by Florencia Di Concilio. But most of all, in the same way he already successfully did it in his feature debut Long Way North [+see also:
trailer
film profile], Rémi Chayé find the perfect balance to please all generations of viewers as they follow the adventures of a new female hero, the valiant and endearing flag-bearer of the legitimate conquests of the female condition.

Produced by Paris-based company Maybe Movies (read our interview with Henri Magalon) and by Danish company Nørlum, Calamity, a Childhood of Martha Jane Cannary is sold internationally by Indie Sales.

more about: Calamity, a Childhood of Martha Jane Cannary

"We like the idea of films and cinema offering, as well as the urgency of meeting with an artist"

The French filmmaker’s new project dazzles among the 57 animated features set for the showcase from 8 to 10 March in Bordeaux, on the occasion of the 24th co-production forum

Europa Distribution’s workshop is back at Cartoon Movie

The virtual gathering tackled the recent releases of animation films by the participants, during these challenging pandemic times and related restrictions 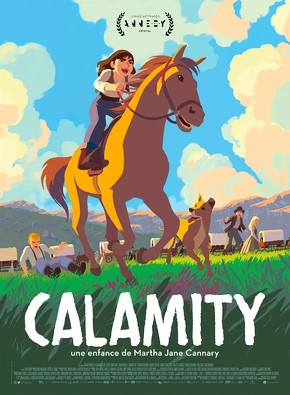 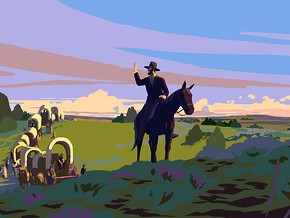