15/10/2020 - Juanma Bajo Ulloa continues to prove that he is clearly not an accommodating filmmaker with this daring, macabre tale completely devoid of dialogue, which you will either love to bits or detest

Hurrah for courageous filmmakers! Hooray for directors who refuse to bow to the system! A round of applause for the ones who take a risk with every new work! Without a doubt, Juanma Bajo Ulloa has belonged to this group of valiant tightrope walkers ever since he had the guts to shoot Butterfly Wings at the tender age of 23, a movie that the San Sebastián Film Festival crowned with its Golden Shell in 1991. But times have changed, as have sensibilities and, especially, the paths trodden by a film industry that is overly obsessed with box-office takings. That’s why Baby [+see also:
trailer
film profile], his sixth fiction film, which is competing in the Official Section of the 53rd Sitges Film Festival this week (in addition to having taken part in its Fantastic 7 initiative at the project stage – see the news), will perhaps not receive the high praise garnered by that unparalleled feature debut.

The fact is that Baby takes some extremely high risks, right from the first minute. It is silent (much like Blancanieves [+see also:
film review
trailer
interview: Pablo Berger
film profile] by another Basque helmer, Pablo Berger, although that title was in another league entirely, paying homage to classic cinema, including with its posters), contains no dialogue, and hinges on an uncomfortable and unsettling plot: a female drug addict gives birth to a baby, and in order to be able to afford more heroin, all she can think of is to sell her child. Shortly afterwards, she regrets her mistake and does everything in her power to get the little girl back.

From there on in, Bajo Ulloa weaves a dark and dismal tale in which evil witches inhabit a ramshackle house in the middle of the woods, where the poor protagonist eventually ends up. There are no male characters in the film at all, but one thing is very present: nature, the mistress of us all, which constantly evolves, creates and destroys in all its infinite beauty. Because first and foremost, Baby is a beautifully executed film (thanks to some great work by Josep Maria Civit behind the camera), with sensitive, poetic shots and a meticulous mise-en-scène, underpinned by a strong soundtrack (spectacularly composed by Koldo Uriarte and Bingen Mendizábal) and a few select songs.

It’s pure cinema, in the sense that it relies on the moving image and does not entrust its narrative to the spoken word, perhaps demanding too much of a viewer who may be more accustomed to the deafening environment of a multiplex movie theatre. That’s why it will either fascinate or repel, delight or repulse, as has always been the case with the films of this Vitoria resident, who makes good use of the streets in his home town and other spellbinding locations in Álava, Biscay and Burgos, while taking on prickly subjects such as dependency, human trafficking, the difficulties of motherhood and the chance to reinvent oneself.

Before reaching the end of this review, I would like to highlight the work of its actresses, who devote themselves wholeheartedly to the use of body language, the tradition of Grand Guignol and physicality, especially the malevolent trio who make life impossible for Rosie Day’s character: an unrecognisable (with her albino wig) Natalia Tena, a twisted and wicked Harriet Sansom Harris, and a delightfully ambiguous Mafalda Carbonell (Pablo’s daughter), who previously showed off her scintillating talents in Vivir dos veces [+see also:
trailer
film profile].

Baby is a production by La Charito Films and Frágil Zinema, made in collaboration with, and with the support of, Televisión Española and the ICAA. Its international sales are handled by Latido Films.

The cast of this fantasy-drama, directed by Sadrac González-Perellón, is rounded off by Iván Massagué and the young Jana San Antonio

Nantes crowns Baby and Armugan as its champions

Lluís Danés’ historical film, which scooped the Audience Award at Sitges, excels thanks to its creative mise-en-scène and its slamming of classist abuse from last century

Juanma Bajo Ulloa continues to prove that he is clearly not an accommodating filmmaker with this daring, macabre tale completely devoid of dialogue, which you will either love to bits or detest 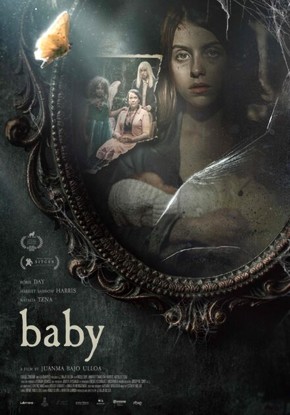 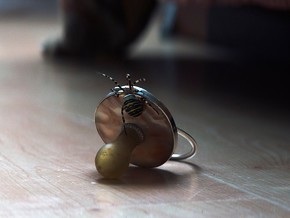 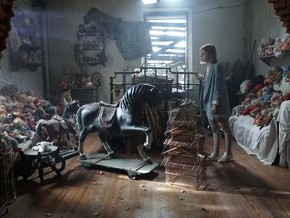 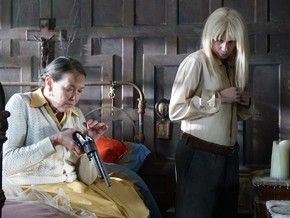