Following the surprise – albeit very welcome – choice of Euthanizer [+see also:
film review
trailer
interview: Teemu Nikki
film profile] as Finland's Oscar submission for the Best Foreign-language Film category, and the pure mayhem that was his feature debut, Lovemilla [+see also:
trailer
film profile], featuring alcoholics-turned-zombies and giant pandas, to name but a few characters, director Teemu Nikki has already established himself as the deliverer of some prime Finnish weirdness. His latest effort, Nimby – Not in My Back Yard [+see also:
trailer
film profile] (currently in the midst of its Finnish release), while still odd, doesn't go quite as far, instead settling for socio-political statements – delivered with a shotgun in hand, granted, but still striking as rather naive.

Then again, the lesson that we must all “tolerate each other”, while painfully familiar, doesn't come easily at all to these characters, all stuck in one house after the “meet the parents” concept goes terribly wrong. Mostly because, though hardly conservative, everyone has something to hide: Mervi (Susanna Pukkila) has been living and partying with her girlfriend Kata (Almila Bagriacik), but she still hasn’t come out to her parents – who, in turn, have been enjoying an open relationship with their neighbours, including a bisexual pastor, for ages now. Her ex-fiancé is crossing over to the neo-Nazi side, probably because she dumped him over the phone, and when Kata's family from Hamburg – including a mum who is a known Muslim politician – arrives out of the blue, this particular slice of the Finnish countryside will soon see more than just a content local enjoying a beer after a sauna.

As a spontaneous hostage situation ensues, the conversations inside turn denser – and now that the decision to avoid politics and religion is no longer an option, constant falling-outs are inevitable, interrupted by erotically charged nightcaps or someone's decision to move to the attic and “stay neutral”. Like Switzerland, one assumes.

But while there is always some joy in seeing a wannabe fascist leader demanding soy wieners (Euthanizer's Matti Onnismaa, still finding a human being among all the swastikas), and the whole thing looks flawless thanks to the work of cinematographer Sari Aaltonen, such a limited setting really requires more engaging dialogues and more uniform acting, as with all the serious family issues playing out, now it's “business in the front, Nazi party in the back”. What's welcome, however, is the fact that, despite all their prejudices, voiced increasingly louder as the danger literally comes closer, and the titular not-in-my-backyard approach, nobody here could be deemed as the last refuge of tradition or “normalcy”. Not the young couple, not their sexually adventurous or politically active parents, and certainly not a wannabe fascist leader demanding soy wieners. Here’s to being equally screwed up, then. How’s that for the new normal?

Nimby – Not in My Back Yard was produced by Jani Pösö for Finland’s It's Alive Films. It was co-produced by Amir Hamz, Christian Springer, Jörgen Andersson and Kjell Åhlund for Germany’s Bon Voyage Films and Sweden’s Doppelganger. The local distribution is handled by Scanbox Entertainment Finland, while sales are handled by Italy’s Intramovies.

more about: Nimby - Not In My Back Yard

The first edition of the new programme has awarded the upcoming film projects by Ana Rocha de Sousa, Teemu Nikki and Juris Poškus 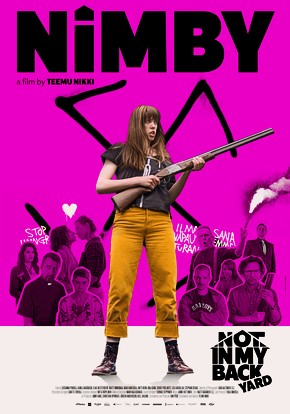 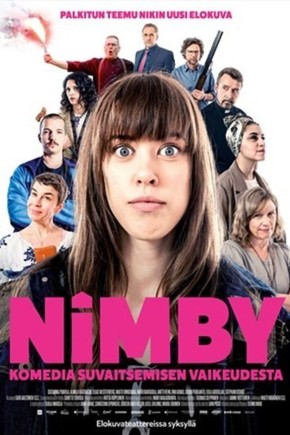 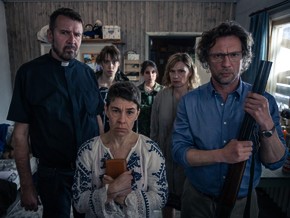