Daphne Charizani’s Sisters Apart [+see also:
trailer
film profile] was one of the titles selected for this year’s edition of the IndieCork Film Festival, one of the Emerald Isle’s leading events celebrating independent cinema and music. The movie, a German-Greek co-production, world-premiered in this year’s Perspectives on German Cinema strand at the Berlinale, and follows on the heels of the filmmaker’s work on the script of Ina Weisse’s The Audition [+see also:
film review
trailer
interview: Ina Weisse
interview: Ina Weisse
film profile] (2019) and her direction of the drama Madrid, released in 2003.

The story of Sisters Apart, penned by the director herself, centres on a young German soldier with Kurdish-Iraqi roots, called Rojda Xani (played by Almila Bagriacik), who has lived in Europe since her childhood. The movie opens with a chaotic scene showing the woman looking for her mother, Ferhat (Maryam Boubani), in a Greek refugee camp. Rojda manages to find her mum, after they’ve spent many years apart. However, she finds out from her mother that her sister Dilan (Gonca de Haas) is still stuck in Iraq. After being able to bring Ferhat to Germany, Rojda receives an unexpected call from Dilan, who is fighting ISIS for the Kurdish army. Thus, she decides to request a redeployment to Erbil to find her.

Before her departure, it is interesting to notice the signs of the mother’s displacement afterarriving in a new country (and in a new home), rendered excellently by the performance of Boubani, who starts asking Rojda questions about her life in Europe and then hesitantly sips a cup of coffee. The old woman sadly remarks that, even though the beverage is prepared in a similar fashion to the one she used to drink at home, “it’s not the same”. The mother seems to condemn Rojda’s initial inaction, and their generational and cultural conflict gradually escalates, adding great depth to the two characters’ personalities in a short space of time. As soon as she’s redeployed, Rojda’s self-confident attitude and approach to life start to be challenged. She will quickly gain the trust of the female fighters, make friends with Berivan (Zübeyde Bulut), adapt to the hardship of the conflict and become caught between the two sides.

In terms of aesthetic choices, the cinematography by Falko Lachmund (Kids Run [+see also:
trailer
film profile], Namrud: Troublemaker [+see also:
trailer
film profile]) does a great job of depicting the cold, urban environments of Germany (perhaps attempting to amplify Ferhat’s feeling of estrangement), the Iraqi desert and the arid landscapes afflicted by the horrors of war. In general, the visual work is quite immersive and rich in point-of-view shots, allowing the viewer to see what Rojda sees, along with some nicely crafted hand-held shots following her during her search and her military operations. Meanwhile, the presence of the score (courtesy of Florian Tessloff) is delicate and well-measured, contributing to creating the right atmosphere and effectively blending in with the sounds of the environment depicted.

Overall, the story of Sisters Apart is moving, and its mise-en-scène is neat and convincing, supported by some sophisticated, well thought-out writing and character development. Here, Charizani delivers a mature, credible portrait of three troubled women, and does not hesitate to highlight both their strengths and their weaknesses, providing each of them with a powerful closure to their narrative arc.

Sisters Apart was produced by Pallas Film (Germany), Match Factory Productions (Germany) and View Master Films (Greece), in co-production with ZDF and ERT, and in association with ARTE. Its world sales have been entrusted to The Match Factory.

As every year, the festival has bestowed a series of awards upon new talents from the young generation of German filmmakers, as well as several other prizes across different categories

The FFA grants €2.5 million in support of new film releases after the lockdown

In order to help restart the cinema industry, the German film funding commission is providing substantial support for the domestic and international distribution of German and European co-productions

The Greek Film Centre announces its first funding slate of 2019 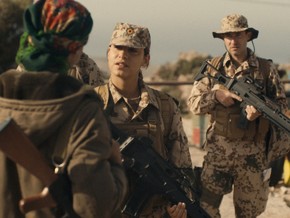 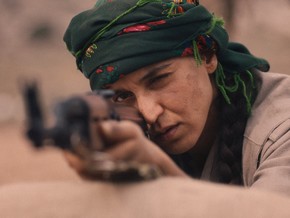 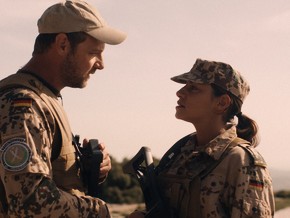