30/10/2020 - Despite its rather gloomy title, the feature debut by Cristina Fernández Pintado and Miguel Llorens is an ode to sincere and joyful friendship, in spite of the cruel hardships that life throws at us

If in Peter’s Friends, directed by Kenneth Branagh back in 1991, the title character rounded up all his mates to make the announcement that he didn’t have long left for this world, and they all reacted differently, and if in the recent Spanish flick Litus [+see also:
trailer
film profile] by Dani de la Orden, the deceased sent a stern letter from beyond the grave in an attempt to tidy up the rather chaotic mess that he left behind here on Earth, in Things to Do Before You Die [+see also:
trailer
film profile], some of these ingredients are fused together, ultimately crafting a hymn of praise to the unfaltering bonds of friendship. It’s a type of relationship that’s capable of enduring through the ravages of time, and in which acceptance, freedom of choice and affection end up being much more powerful than the ins and outs of a conventional couple. Indeed, the themes of love and polyamory pervade and underpin this film, the feature-length directorial debut by actress Cristina Fernández Pintado (The Uncovering [+see also:
trailer
film profile]) and DoP Miguel Llorens (Formentera Lady [+see also:
film review
trailer
film profile]), which was shown in the Informativa section of the 35th Mostra de València.

The plot, written by Fernández Pintado, jumps back and forth through time, introducing us to a group of three women and three men who are enjoying lunch together in a house by the sea. At this reunion, Sam, who is suffering from a terminal illness, asks the others to honour him and his memory by realising the dreams that – for one reason or another – never came true for him. Once the man has passed away, the rest of the group comes together again to get through their grief and, as if it were a children’s game, deliver on their promise.

Once they get wrapped up in these tasks, each character will gradually discover not only what they are really like, but also how much they need the support and close involvement of their loved ones: that true “family” that they have chosen themselves, out of authenticity, enjoyment and affection. And thus Things to Do Before You Die sets itself up as a film about characters and their psychology, with their myriad dreams, yearnings, squabbles, attractions and frustrations peppering a storyline in which there is no lack of censure, pent-up tension and significant hidden truths.

A movie like this – which invites us to live life to the full, bravely holding aloft the truth as our banner – hinges on the performances of its fairly well coordinated actors, who strip their roles right down, both physically and emotionally, in order to offer a whole kaleidoscope of ways to connect with and love one another. Standing out among them is Cristina Fernández Pintado herself (in the role of the resolute Isabel), Manuel Maestro (the introverted Saúl) and Sergio Caballero, who renders the process of slowly and peacefully departing this world horribly believable.

Things to Do Before You Die is a production by Valencia's The Fly Hunter and Catalonia's Fosca Films, and was made in conjunction with À Punt Media and TV3, and with the support of the Valencian Cultural Institute. It is currently in search of a distributor and a sales agent.

more about: Things to Do Before You Die

Since yesterday, various projects in post-production and in search of funding and distribution have been viewable online as part of the industry strand of the postponed 23rd Málaga Film Festival 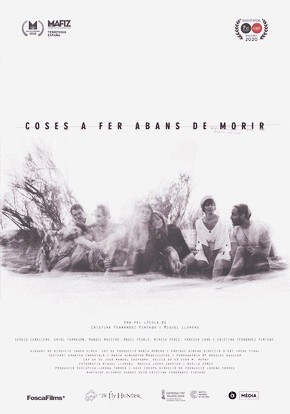 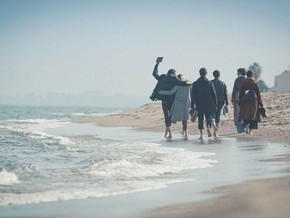 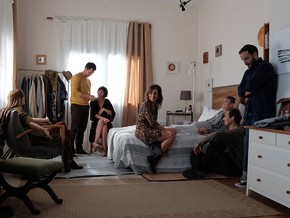 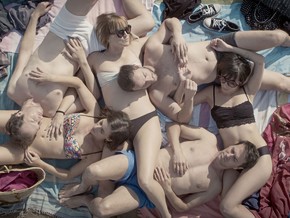